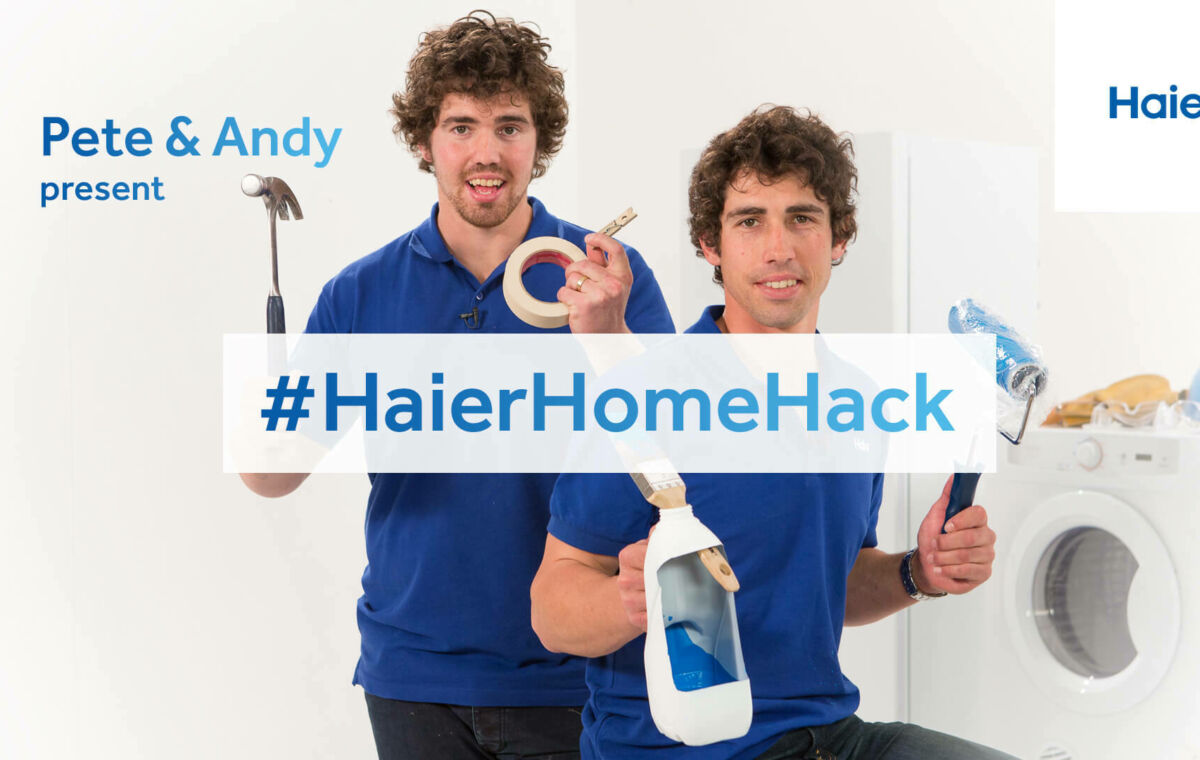 Pete and Andy Hijack ‘how to’ With #HaierHomeHack Series

Pete and Andy have remained hugely popular since taking out The People’s Choice Award in the 2013 season of TV3’s The Block NZ, and now they’re back with an online series of home hacks for Block-a-holics.

In partnership with Haier the Kitchen and Laundry appliance partner for TV3’s The Block NZ: Villa Wars the brothers have shot a series of ‘how to’ videos. Everything from doing the kids’ hair with the vacuum to cutting an onion and hanging a painting – all with their trademark resourcefulness and dry wit. 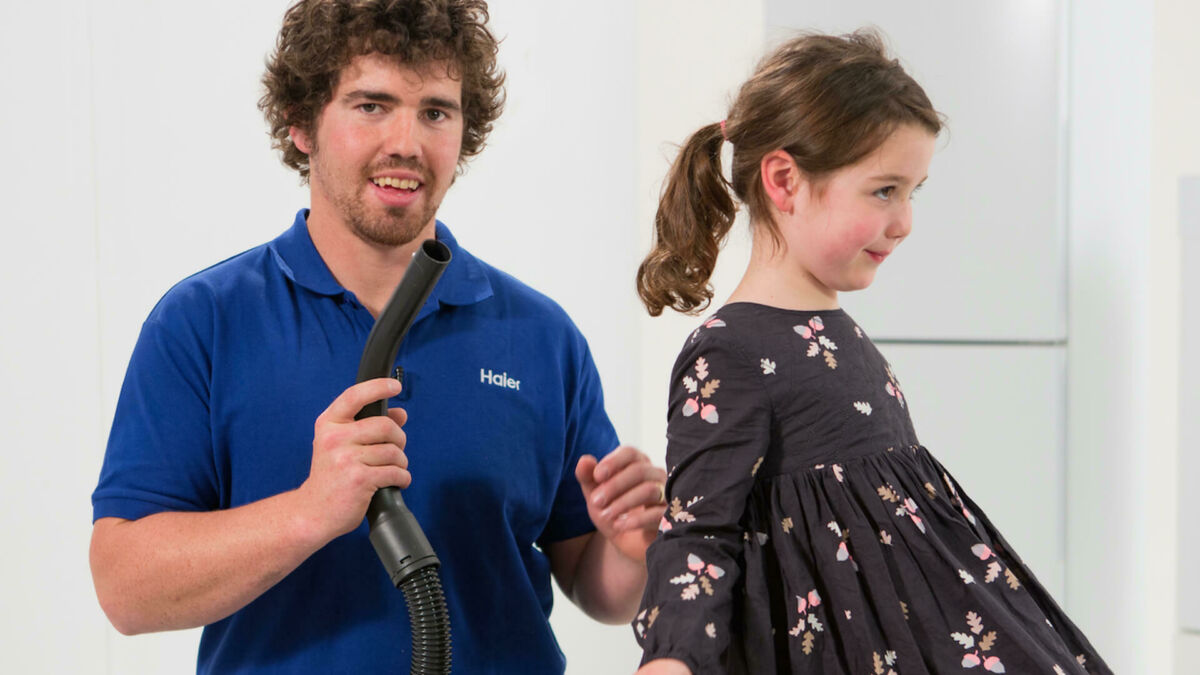 Andy uses a vacuum cleaner to quickly and neatly tie a ponytail.

Mark Baillie, General Manager – Distributor New Zealand says that online searches relating to “how to” are growing 70% year on year with YouTube counting home improvement in its most popular searches for 2015.

“Haier appliances are designed to relieve some of the everyday chaos we encounter in our daily lives. Teaming up with Pete and Andy, who embody the Kiwi No. 8 wire mentality, seemed like the perfect way to give Kiwis access to fun, unconventional solutions to everyday tasks,” says Baillie. 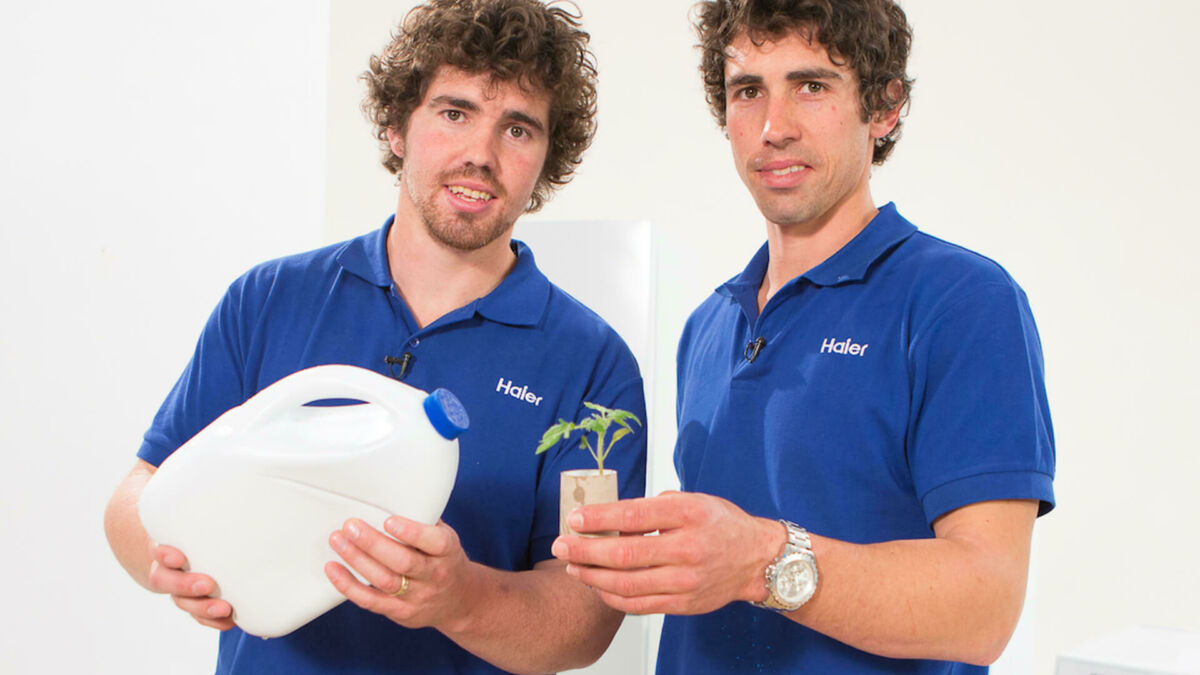 The #HaierHomeHack series of short clips starring the brothers will be released by Haier via Facebook and YouTube every week of The Block NZ’s ten-week runtime, which launched at 7:30pm on Tuesday 29 September and airs at 7pm on Sunday and 7:30pm Monday, Tuesday and Wednesdays on TV3.

Knowing the huge fan base surrounding The Block NZ, and that people love to share their own housekeeping or renovation tips, Haier is also providing a platform for Block-a-holics to join the conversation with their own tips and tricks.

“Hacks are not only useful, they’re great conversation starters,” says Baillie. “We’re encouraging Block-a-holics to get online and have some fun with us by submitting their own home hacks.”

As a partner to TV3’s The Block NZ: Villa Wars, Haier provides all appliances for the Laundry and Kitchen segments of the show. Haier also sponsors a Haier Challenge within the programme, in which the contestants compete to win $5000 of Haier Help to spend on tradies.

“We’re delighted to be a partner to TV3’s The Block NZ for a second year running. Haier has been in the New Zealand market for six years and is becoming a recognised household name. By partnering with TV3’s The Block NZ and Pete and Andy we hope to add another dimension to Haier’s brand personality and broaden its appeal,” says Mark Baillie.