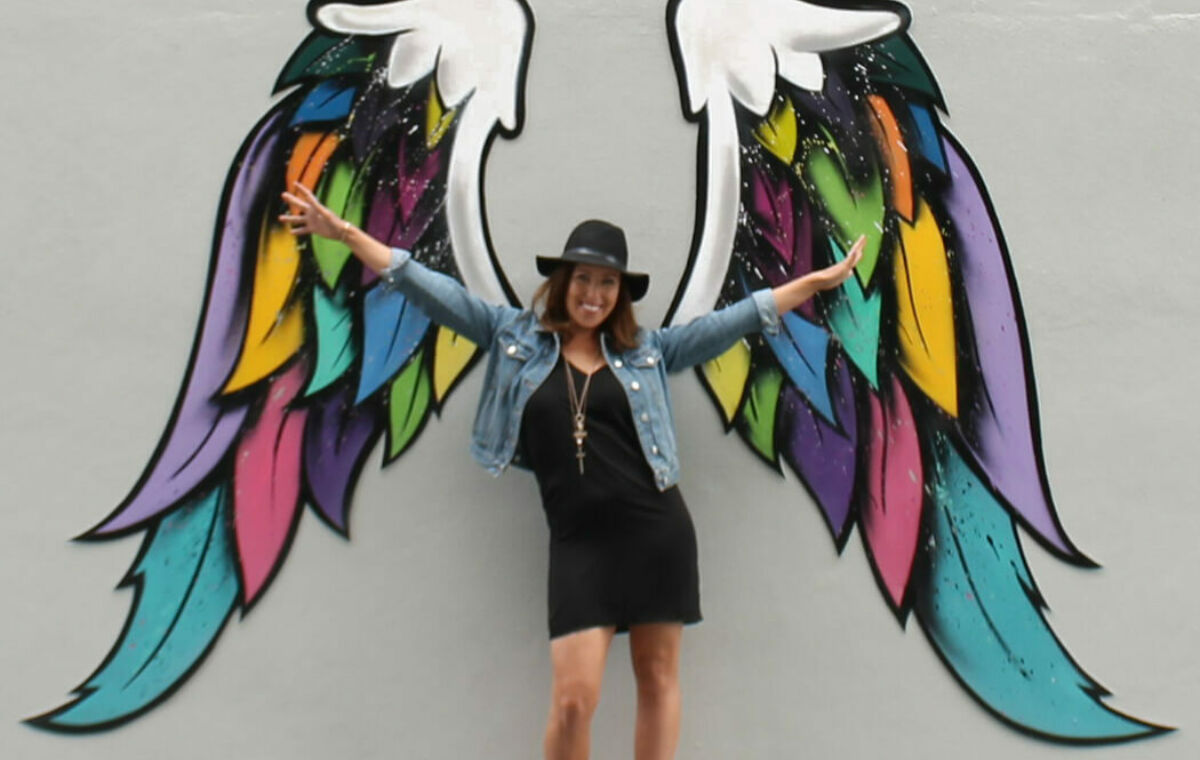 We’ve paid with tweets, likes and shares, and now Spark is the first telco to exchange customers’ social currency – the kudos earned by sharing trending photos on social media – for mobile credit with its new #SocialTopUp stations.

The #SocialTopUp stations will help people recreate some of the most popular trending images posted by many of Instagram’s over 400 million users every day.

The first in a series of stations has been tested in Auckland’s Wynyard Quarter with the addition of a set of street art angel wings to the side of the Sanford Ltd. building on North Wharf last weekend for a few hours. Spark customers took photos of themselves and shared them on Instagram to ‘cash in’ their social currency for $100 Spark credit.

Spark’s Social Media Marketing Manager Jessica Moloney says, “Social currency is what people earn when they post great photos on social media – particularly trending images or ‘tropes’ such as #HotDogsOrLegs or giant inflatable swans and flamingos in pools with #PoolToys.

“The rise of Instagram has seen the emergence of a whole new trend called ‘doing it for the ‘gram’. This is when people look to craft trending shots to share what they’re up to with their followers.”

Following the street art angel wings, the next #SocialTopUp station will pop up in Auckland on Sunday 20 December along Tamaki Drive, with a selfie-stick arm that helps users snap the perfect #FollowMeTo photo.

Those going to Rhythm & Vines can also join in the fun: festival-goers can mount a lifesize fibreglass unicorn named Brian and capture an enviable New Years’ Eve #HandsInTheAir snap. There will be a number of such activations over the summer. 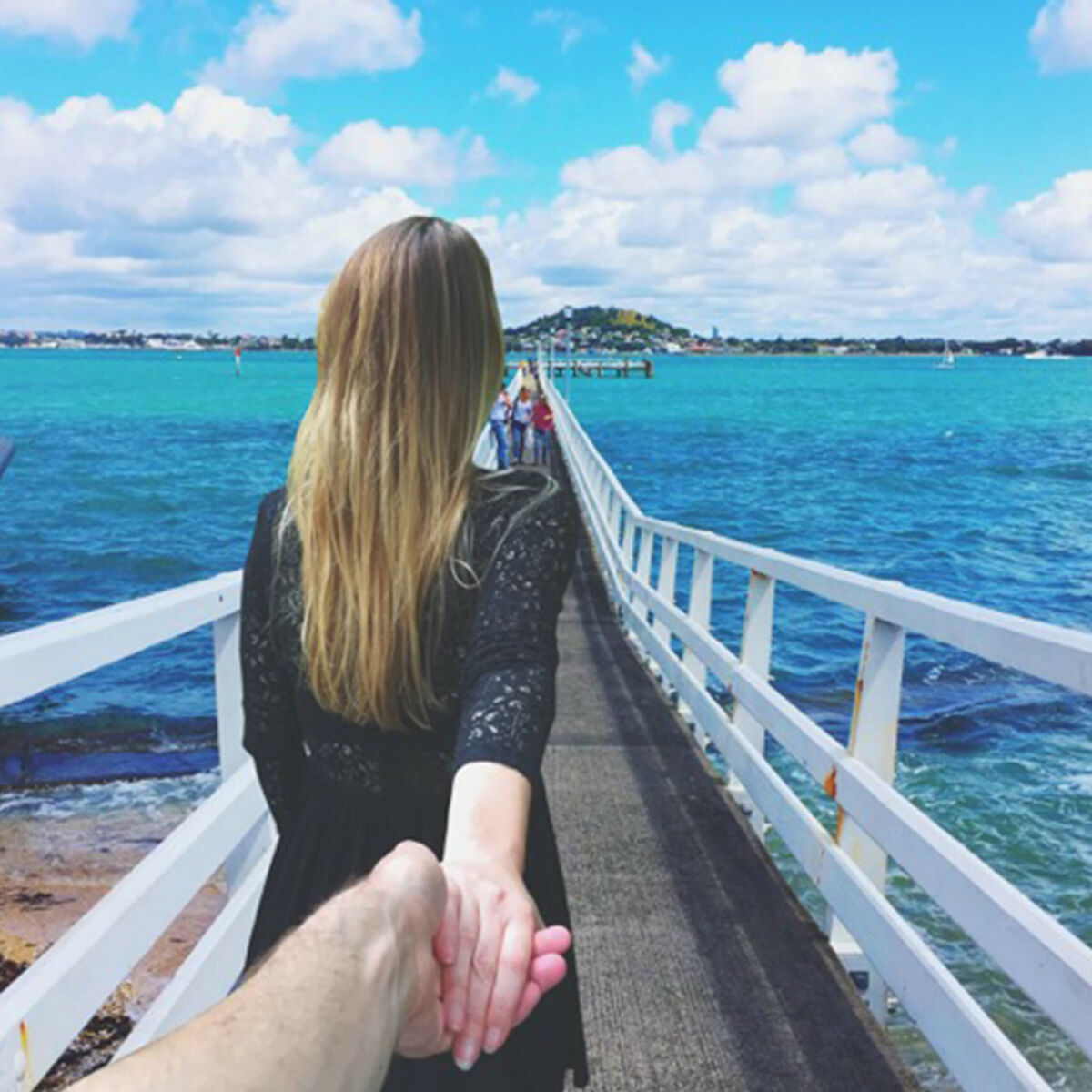 Spark’s next #SocialTopUp station will include a custom made selfie-stick arm designed to help users snap the perfect #FollowMeTo photo.

Moloney says Instagram’s popularity will continue to rise in New Zealand this summer.“As smartphone cameras approach DSLR quality and apps introduce new features to capture the moment, people are taking photos and particularly videos in new and interesting ways.“The Sony Xperia Z5, voted as having the world’s best phone camera, has a super fast autofocus – at 0.03 seconds, it’s quicker than the blink of a human eye – so you never miss those awesome shots. And Instagram’s new Boomerang app lets people loop short videos backwards and forwards, making even the most everyday of actions ‘gram-worthy.”To attract followers on Instagram, brands must share beautiful content that reflects an understanding of how customers use the platform and what they like to see – and those in the food, fashion or design space have traditionally been the most successful.“Brands have to work harder to get engagement on Instagram because we’re judged by how we make our customers feel, not the products or services we sell”, says Moloney. “Our customers should identify with us as a lifestyle brand first, and telco second.“#SocialTopUp is perfect for such a platform as it’s highly visual and it enables and celebrates what our customers already love to do on Instagram – share amazing content.”Spark is also giving people who aren’t near one of the #SocialTopUp stations the chance to earn mobile credit each week over summer. Customers who post any of the ‘Top Ten’ Summer Instagrams over the summer months and hashtag it with #SocialTopUp are eligible.

Moloney says the themes for #SocialTopUp stations have each been based on the most-shared summer Instagram photos.

“We’ve been following Instagram trends through the Northern Hemisphere summer and we’re expecting to see a similar mix of iconic and up-and-coming shots filling peoples’ feeds over our Kiwi summer.

“In the way that songs or key fashion pieces have traditionally been highlighted in lists, Instagram tropes are now inspiring a new kind of Top Ten list in overseas media. They’re like the ‘must-have’ shots you need in your social feed.”

Here are 10 things Kiwis will be ‘graming this summer: 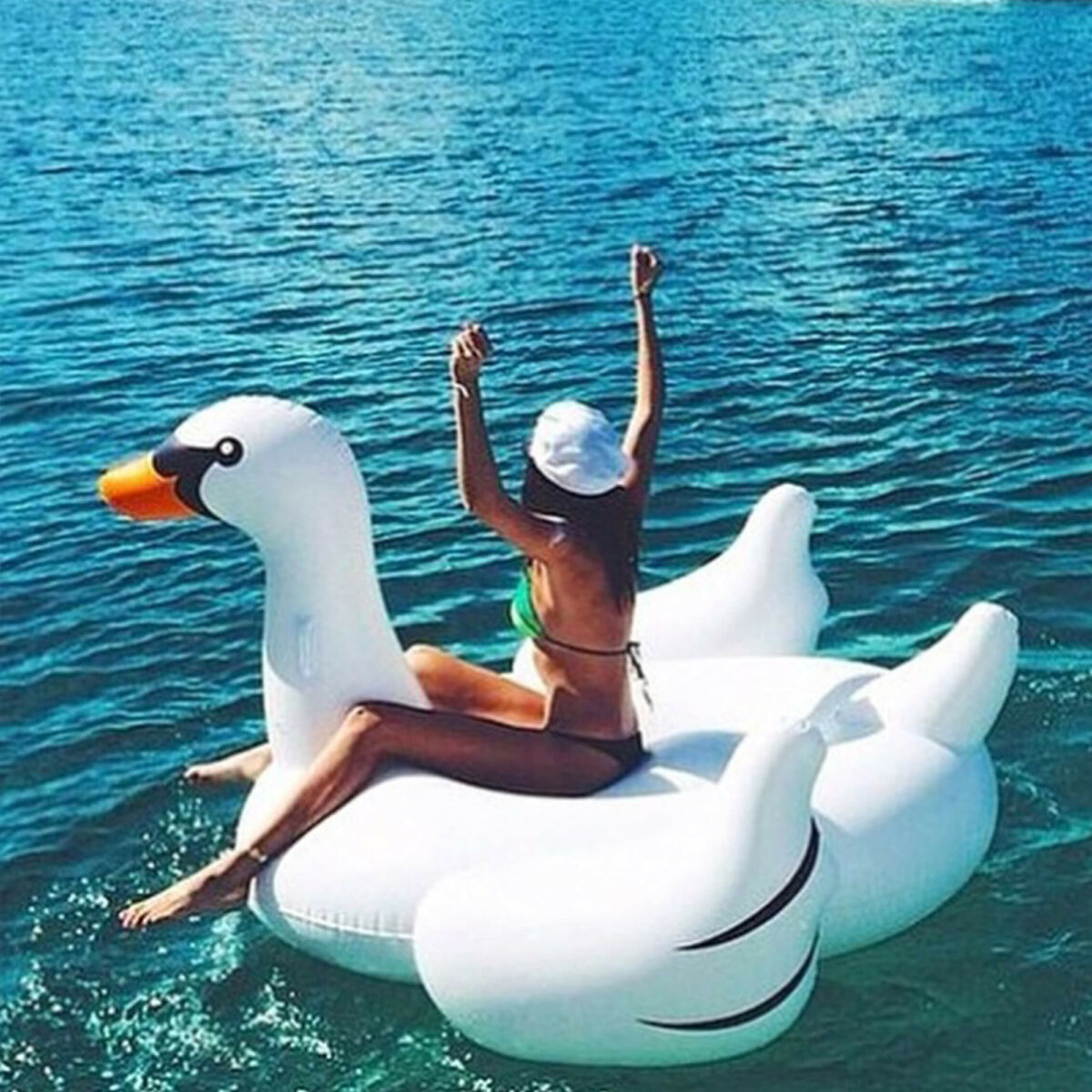 Giant inflatable pool toys have taken the world by storm since Taylor Swift shared a snap of her and Calvin Harris riding a swan to a casual 2.1m Likes (#swangoals). Treading water is so last year – so lounge about in style with #PoolToys. Just make sure you’re atop a swan, flamingo, doughnut, pizza slice or unicorn. 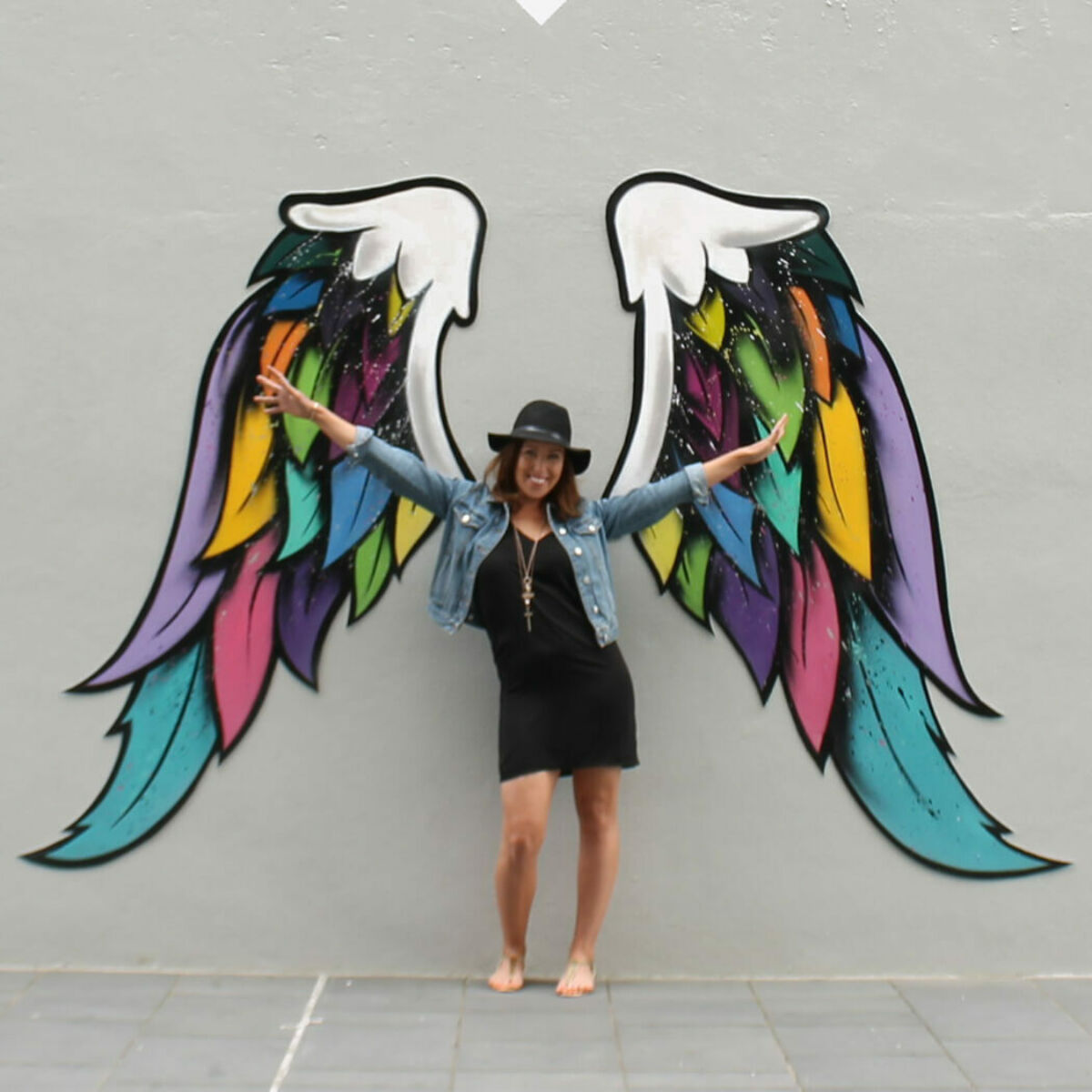 Angel wings are the perfect backdrop for any ‘gram, and a fun way for people to interact with street art. Since 2012, Collette Miller’s Global Angel Wings Project has popularised these angelic murals around the world – with everyone from @tessholliday to @theblondesalad jumping on the bandwagon. 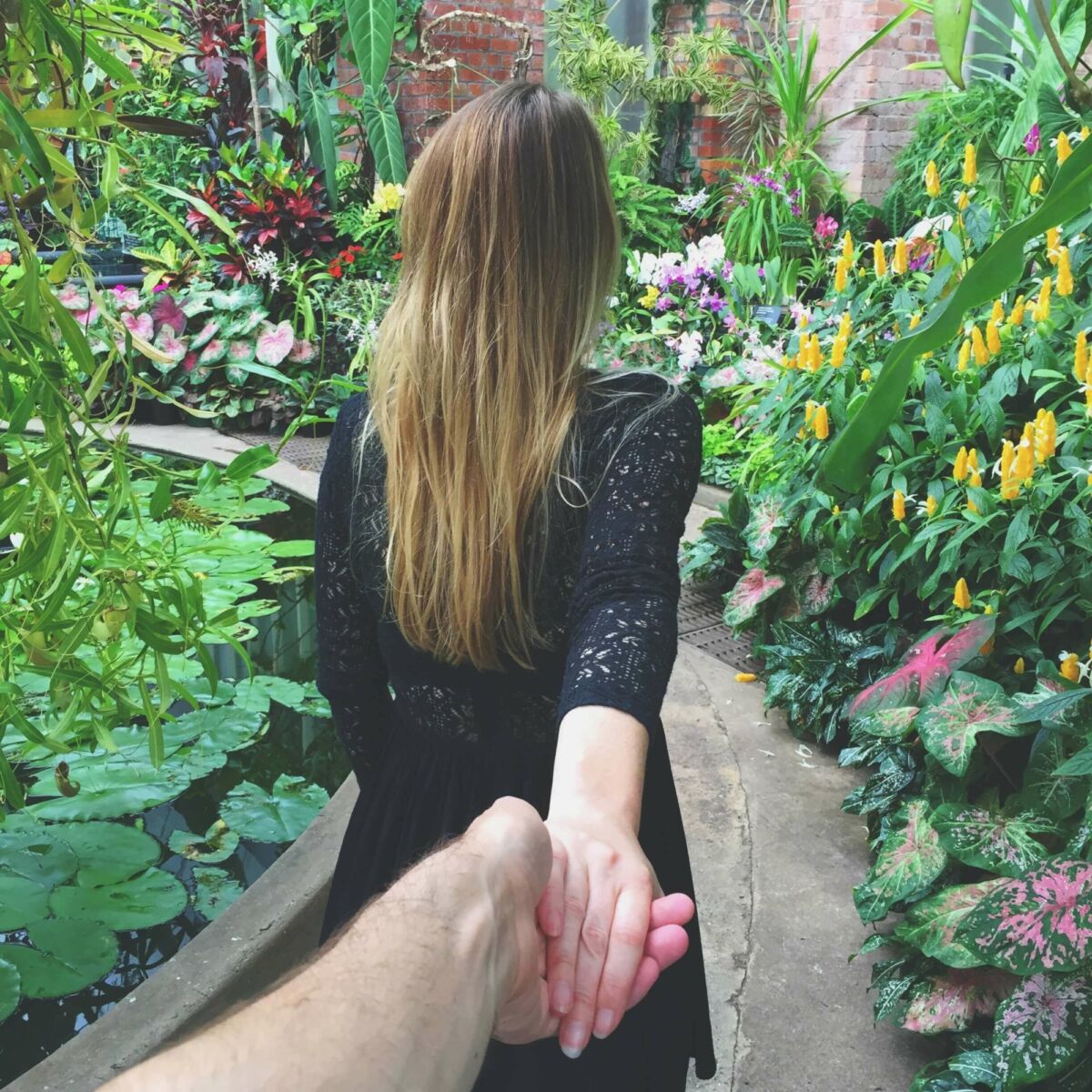 Russian photographer @muradosmann started following his girlfriend Nataly around the globe in 2011, documenting their travels in the hugely popular Instagram series #FollowMeTo (#relationshipgoals anyone?). They’ve raised the bar for the ‘cute couple pic’ – and no, you don’t need a round-the-world ticket to take a great one. 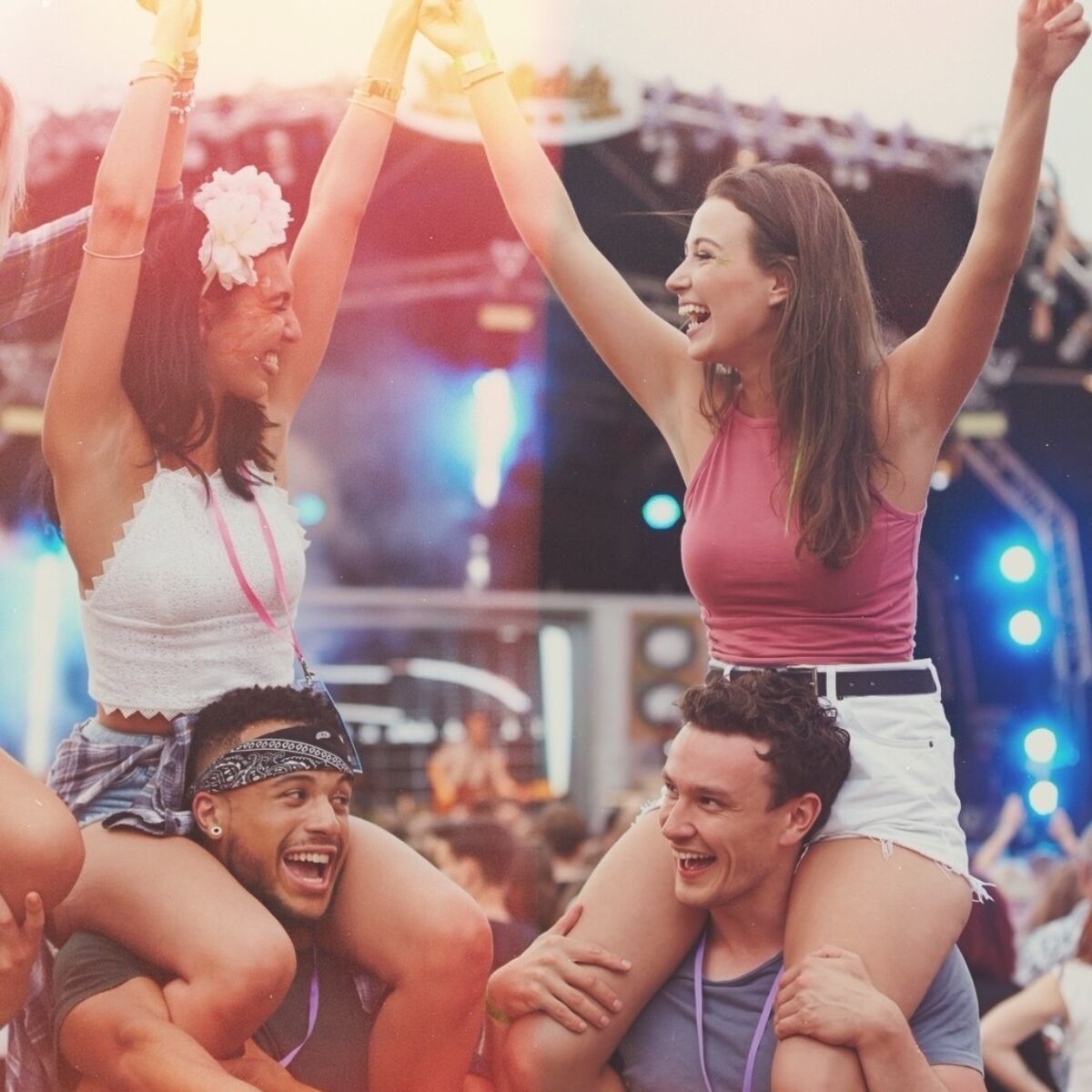 A summer festival favourite, the #HandsInTheAir photo typically features girls with flower crowns and head tilts aplenty, perched on the shoulders of nearest guy, or as will be the case at Rhythm & Vines ‘15/’16, a life-size fibreglass unicorn. 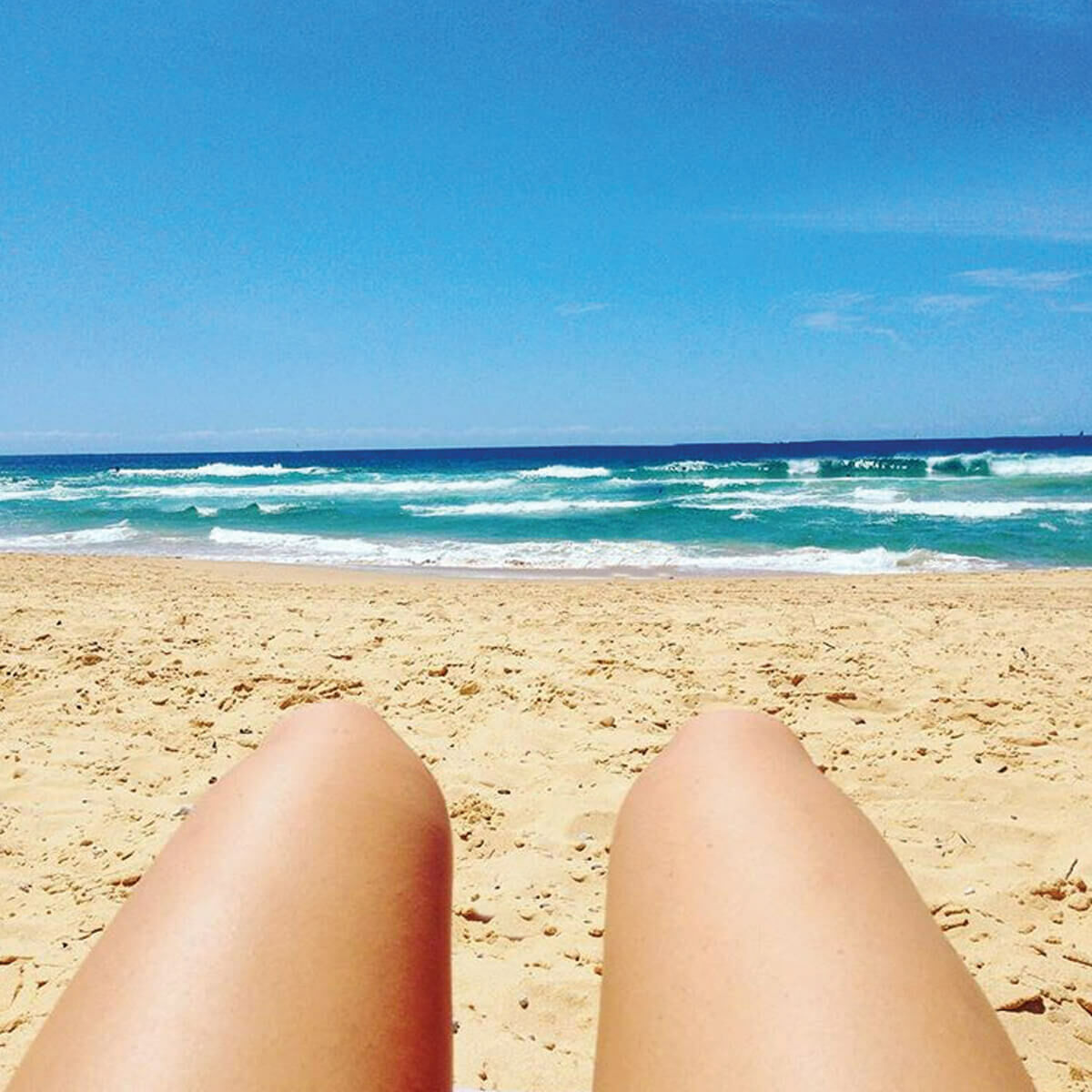 Popularised by Alexis Brault’s original Tumblr blog from 2013 the #HotDogsOrLegs shot is a perennial beach/poolside favourite, playing on the likeness between women’s thighs and hot dogs. With blinding sunlight, a decent tan and some baby oil, it’s a surprisingly difficult to tell the difference. 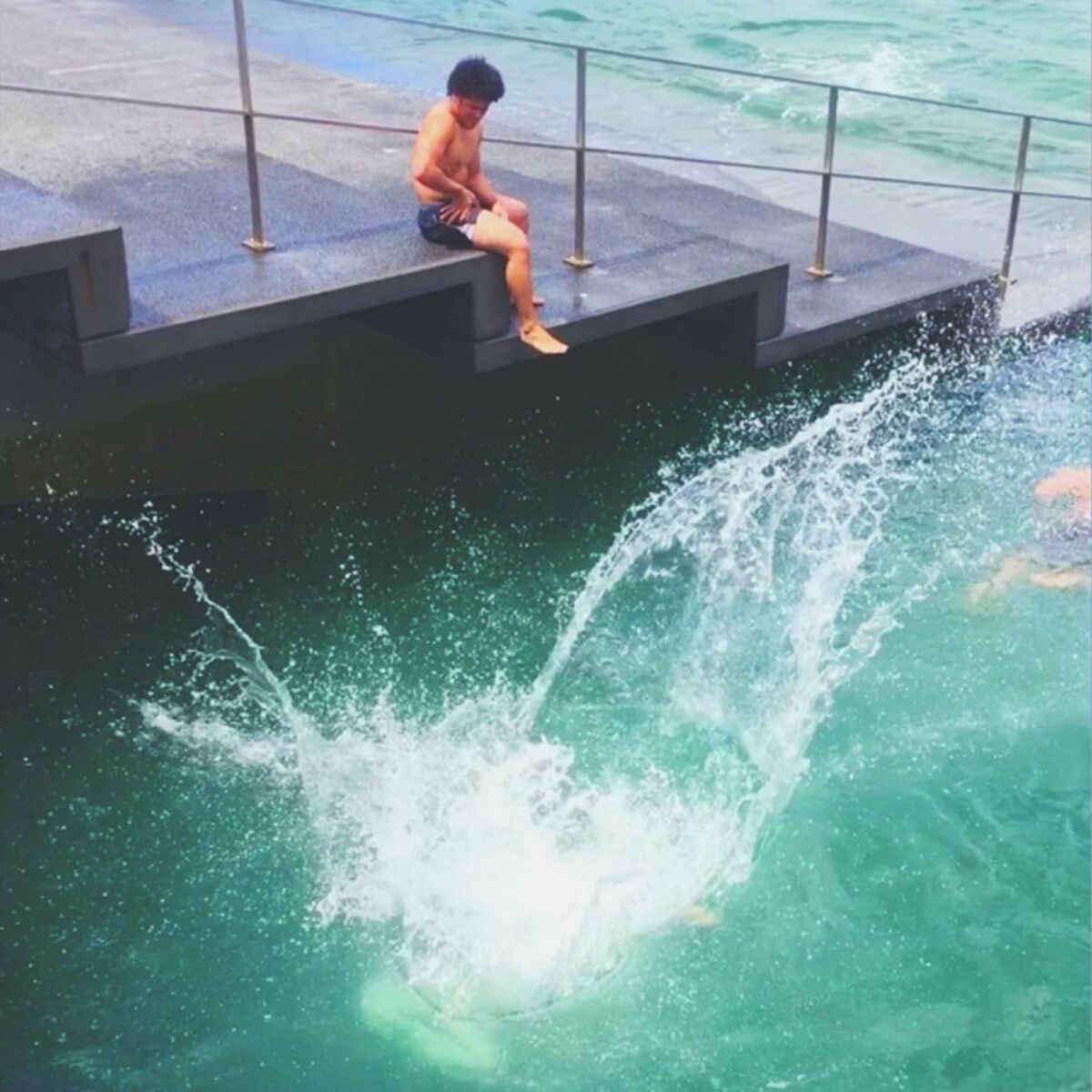 Swimming pool bombs are a popular Kiwi summer tradition. Paired with Instagram’s newly released Boomerang app, which loops a one second videos backwards and forwards, the #BoomerangBomb could be a new summer classic. 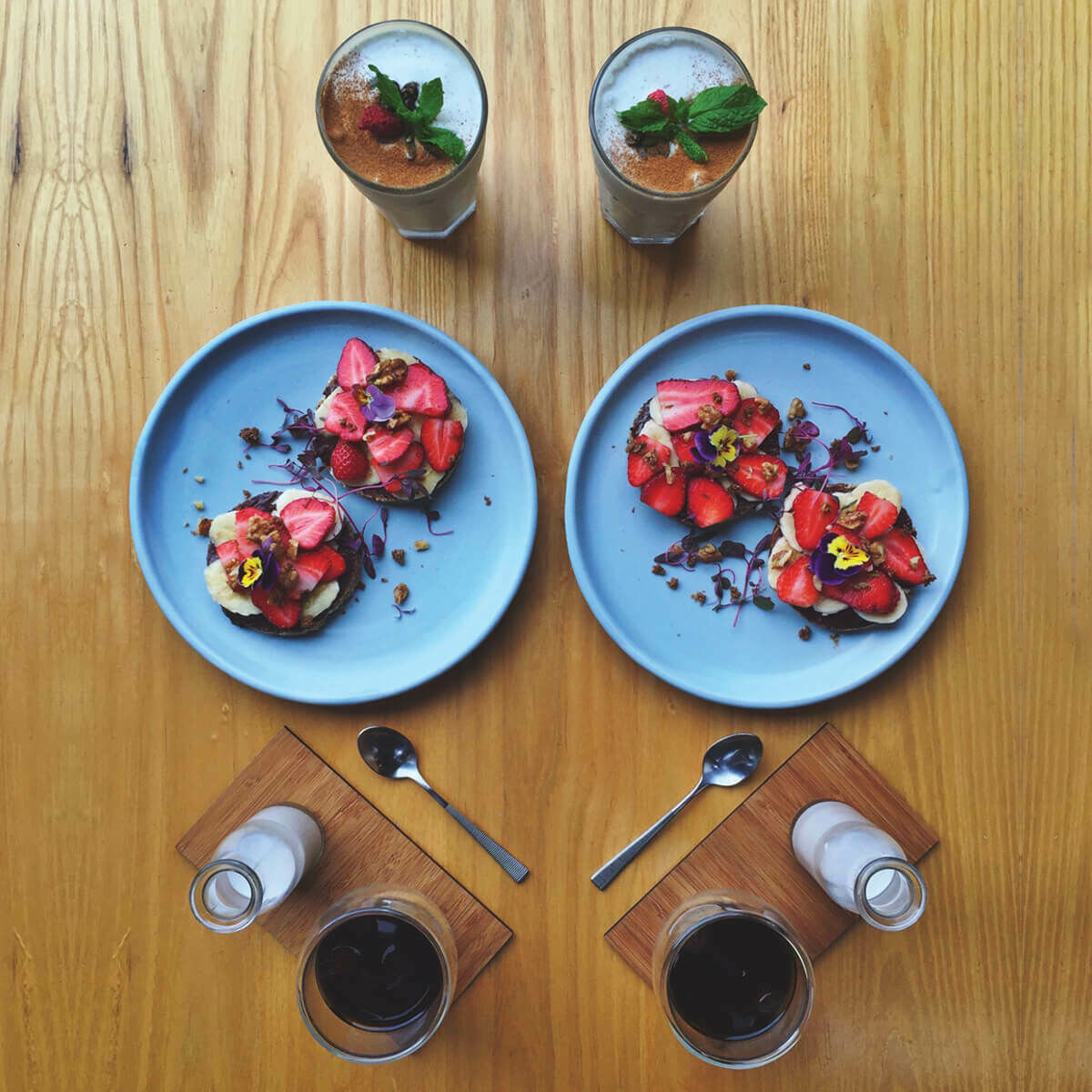 Two yummy brekkies are always better than one, as the couple behind Tumblr blog @symmetrybreakfast know well. Eliminate food envy by ordering symmetrically, or cheat with Instagram’s app Layout – the mirrored effect will make your #foodgram twice as nice. 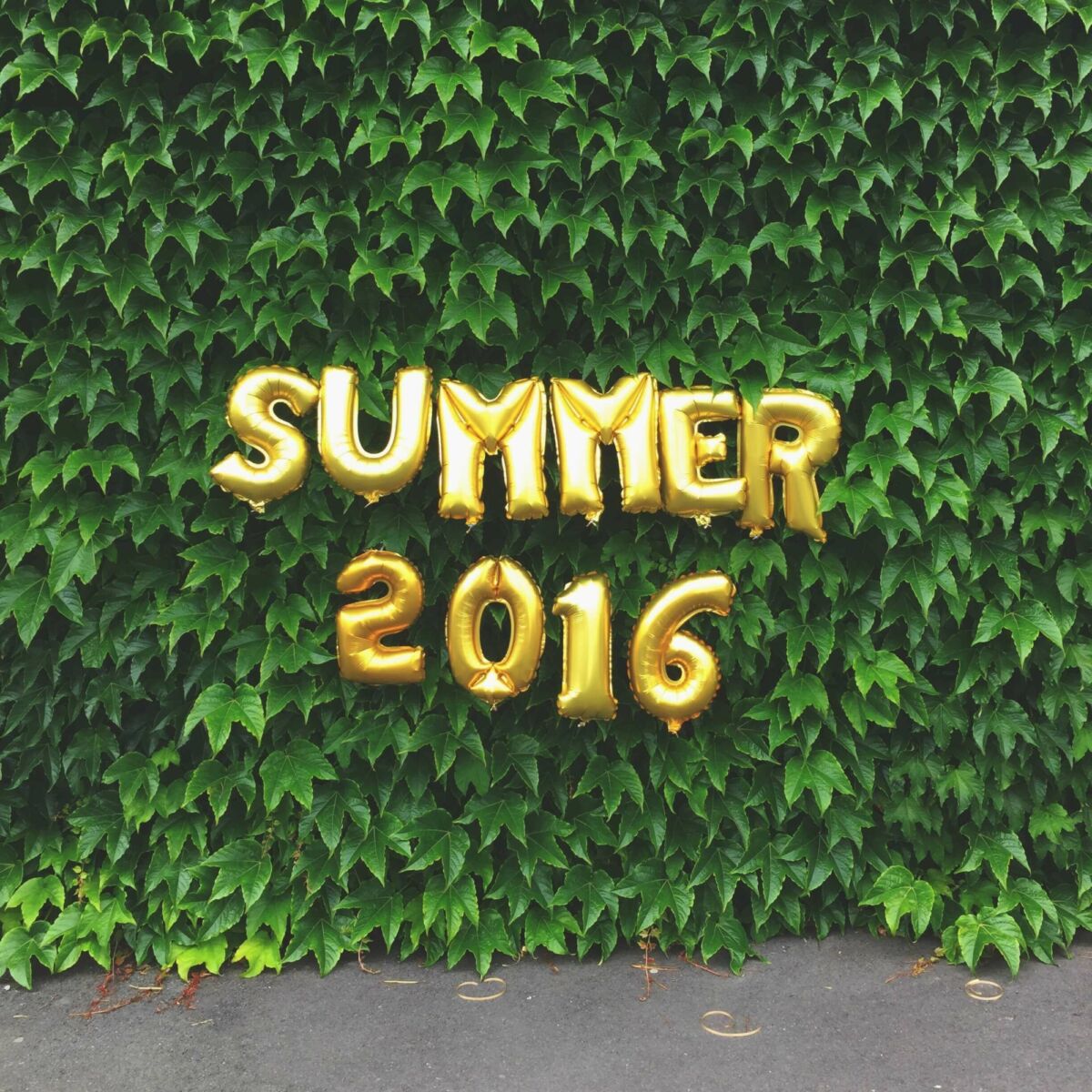 If they’re good enough for the Kardashians and Mindy Kaling… metallic letter balloons will be popping up at every soiree this summer. 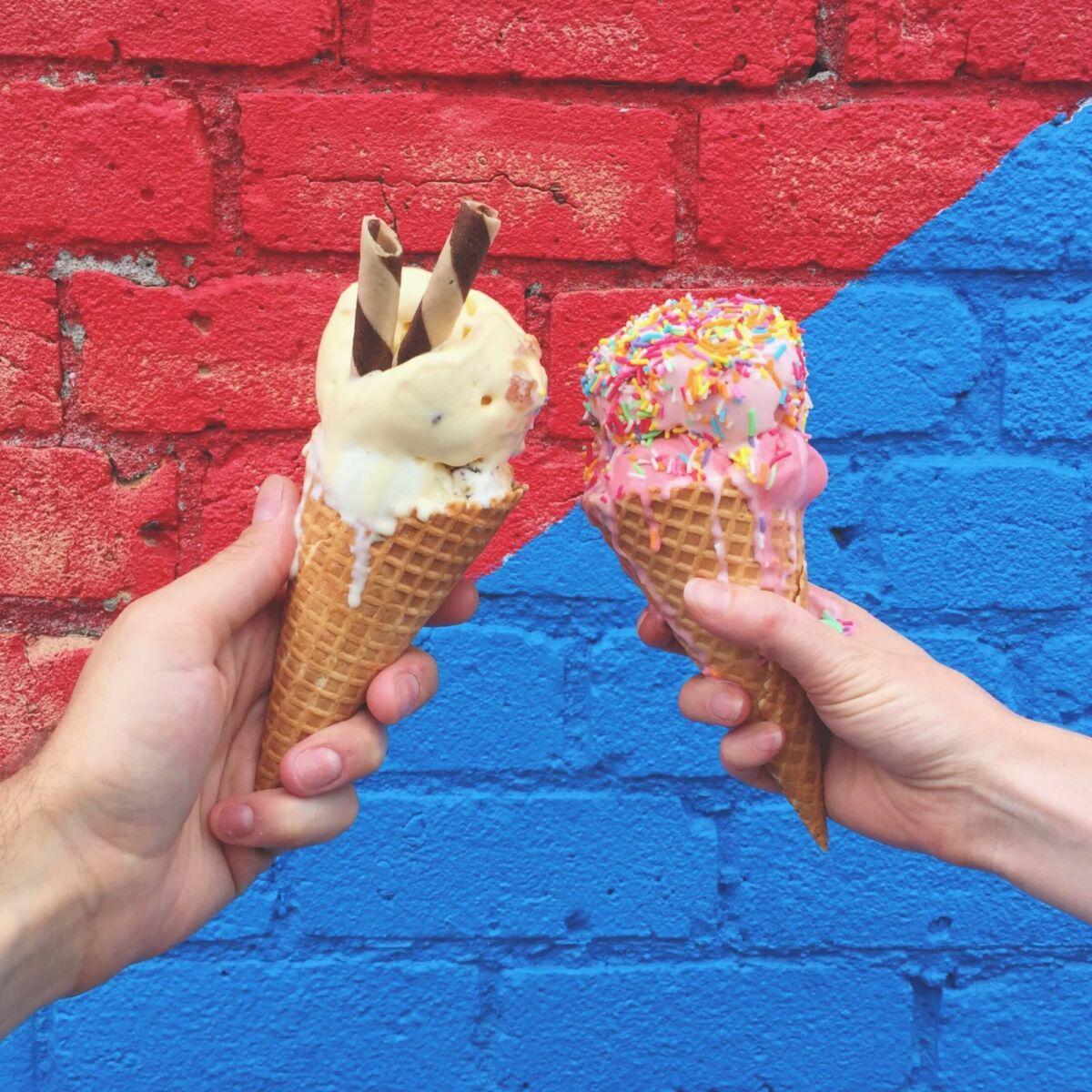 Perfect for aspiring hand models or those with a fresh manicure to show off, the #HandsinFrame shot is particularly on point when you’re clutching one of four things: ice cream, doughnuts, fresh coconut drinks or smoothies. 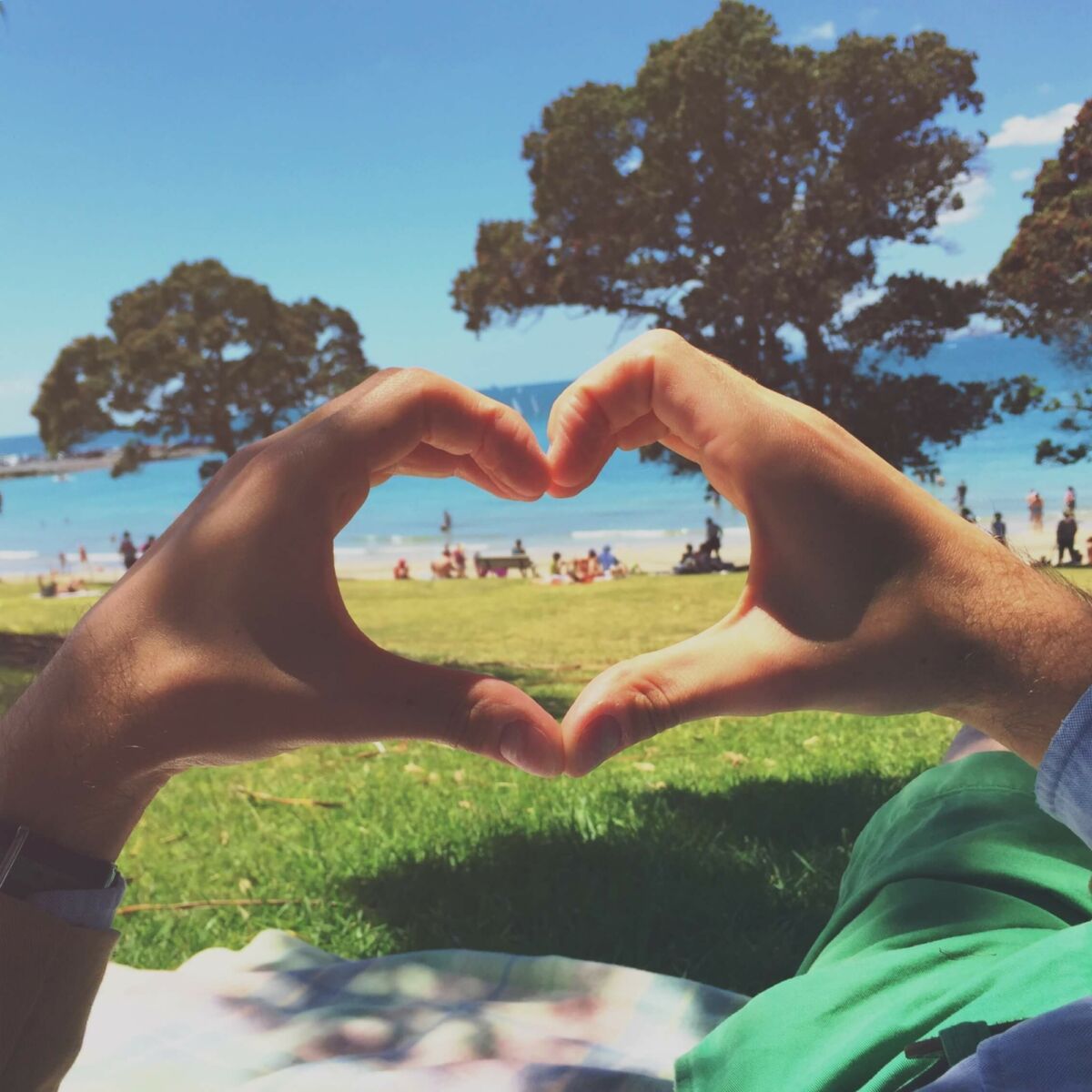 A crowd favourite at beaches and concerts, the #hearthands shot lets your hands frame whatever you’re loving at that moment – extra kudos if it’s the sunset.