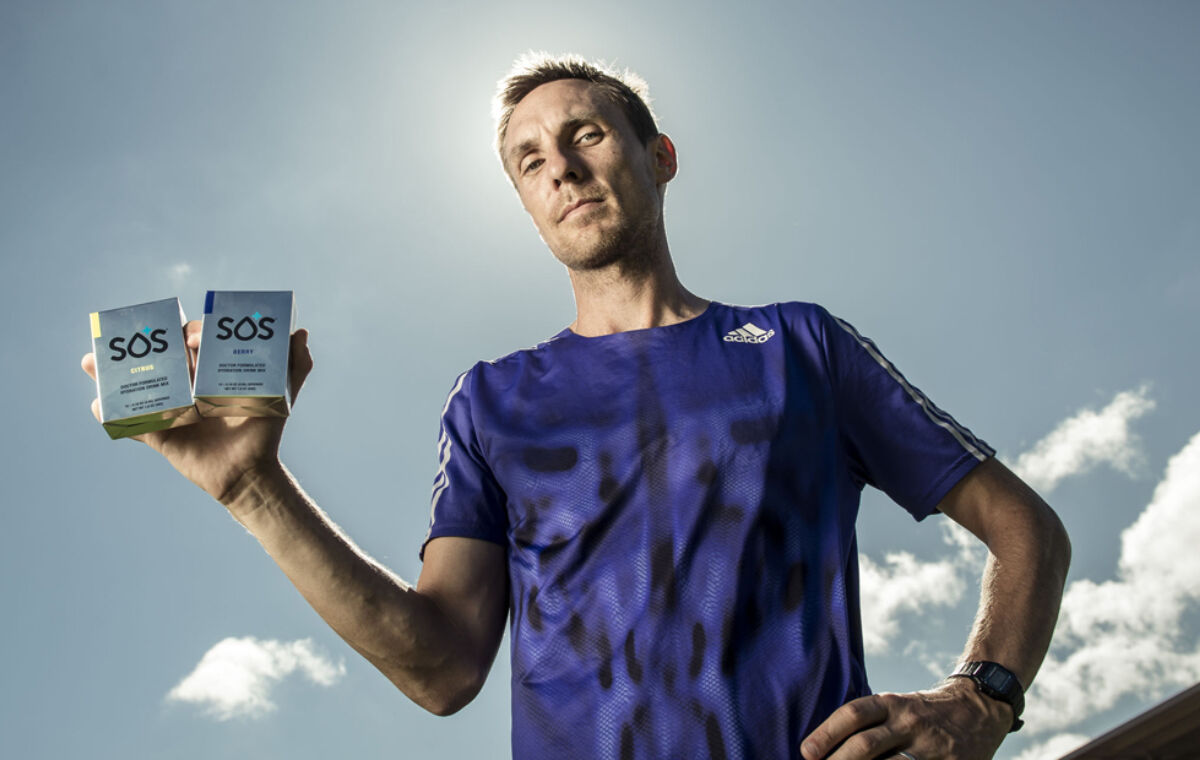 The Ministry of Primary Industries (MPI) have demanded that SOS, an innovative hydration drink company, stop claiming to be an electrolyte drink unless they change their formula to include five times more sugar. 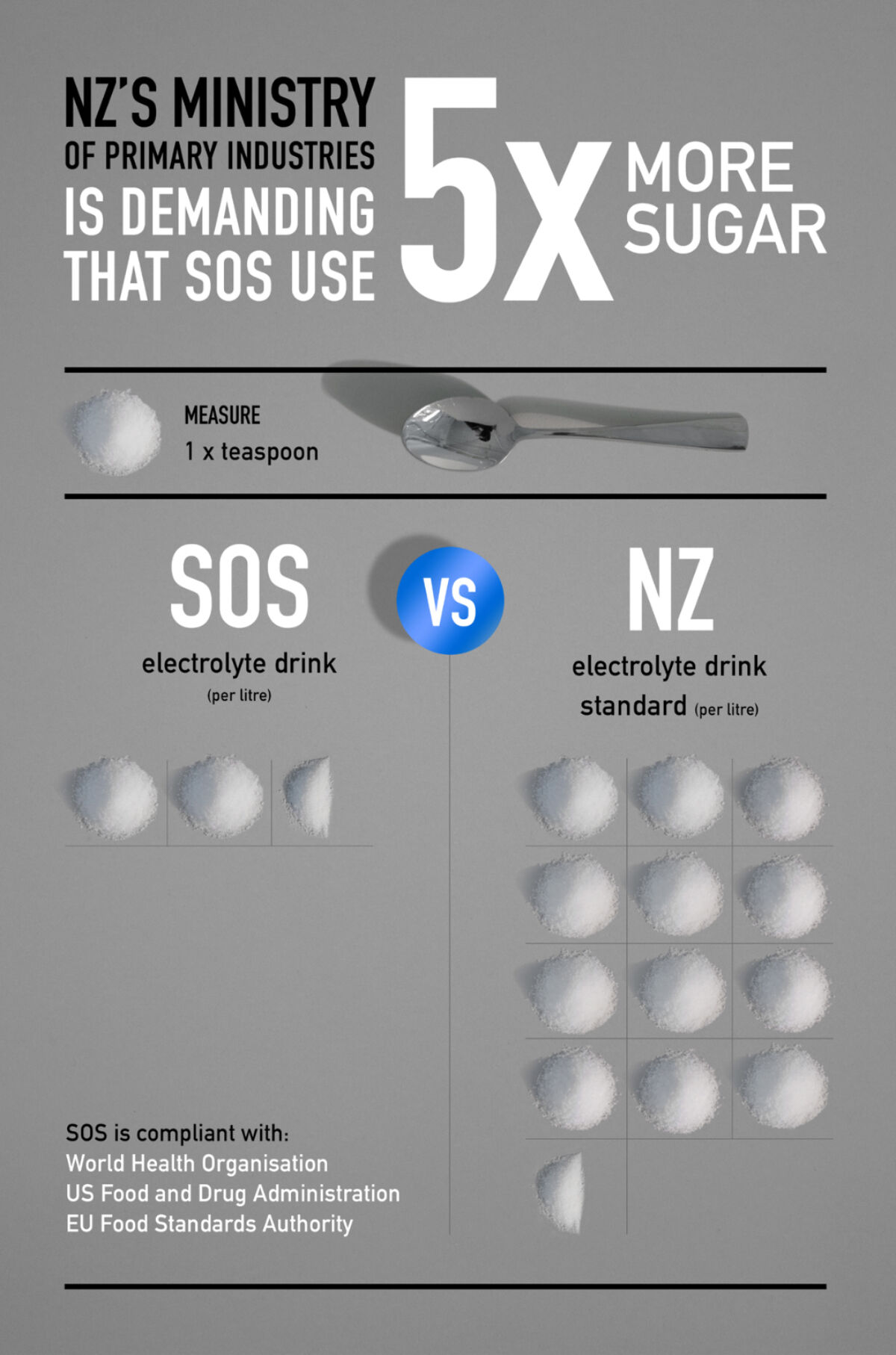 “It is astonishing that in 2017 MPI is not following best practise and taking into account the guidelines set by the World Health Organisation and the lead set by the US and the EU.

“Their reliance on discredited science means that Kiwis looking to rehydrate after exercise are being exposed to far higher levels of sugar than necessary. New Zealand is falling behind the rest of the world”, says Tom Mayo, one of SOS’s co-founders.

SOS meets the criteria set out by the World Health Organization Oral Rehydration Solution Guidelines. These guidelines are supported by over 50 years’ research into dehydration and show that high levels of sugar are no longer needed for hydration. The USA Food and Drug administration (FDA) and the European Food Standards Authority (EFSA) use the same standards as the World Health Organisation.

“Given this overwhelming global consensus it is unacceptable that MPI’s reliance on out of date science is forcing Kiwis young and old into consuming higher levels of sugar than needed for rehydration purposes.

“Although their Food Standard code of compliance for sports drinks is under review it could be a long time before this is completed. The Government needs to take action now and prioritise action on this issue”, Mr Mayo concluded.

Graeme Phillips is the Sport’s Director at Papatoetoe’s Aorere College and is a staunch advocate of SOS. After noticing parents were bringing sugar-laden drinks to college sports events he was driven to seek an alternative.

“I was tired of being approached by drinks companies offering products with unhealthy levels of sugar wanting to sponsor our teams. Obesity is a huge problem in this country and it just did not make any sense pumping kids full of sugar while they are being healthy playing sport.” commented Graeme Phillips.

Instead he did some research and found SOS, an alternative to sugary high-performance drinks.

“I found SOS online. It has a minimal amount of sugar but is still highly effective. It was a non-brainer to encourage parents and students to swap to using SOS and I have seen first-hand how well it works.

“I think it’s completely bizarre that because of foot-dragging by bureaucrats, healthy alternatives like SOS are being hounded by MPI. Things need to change”, Mr Phillips concluded.