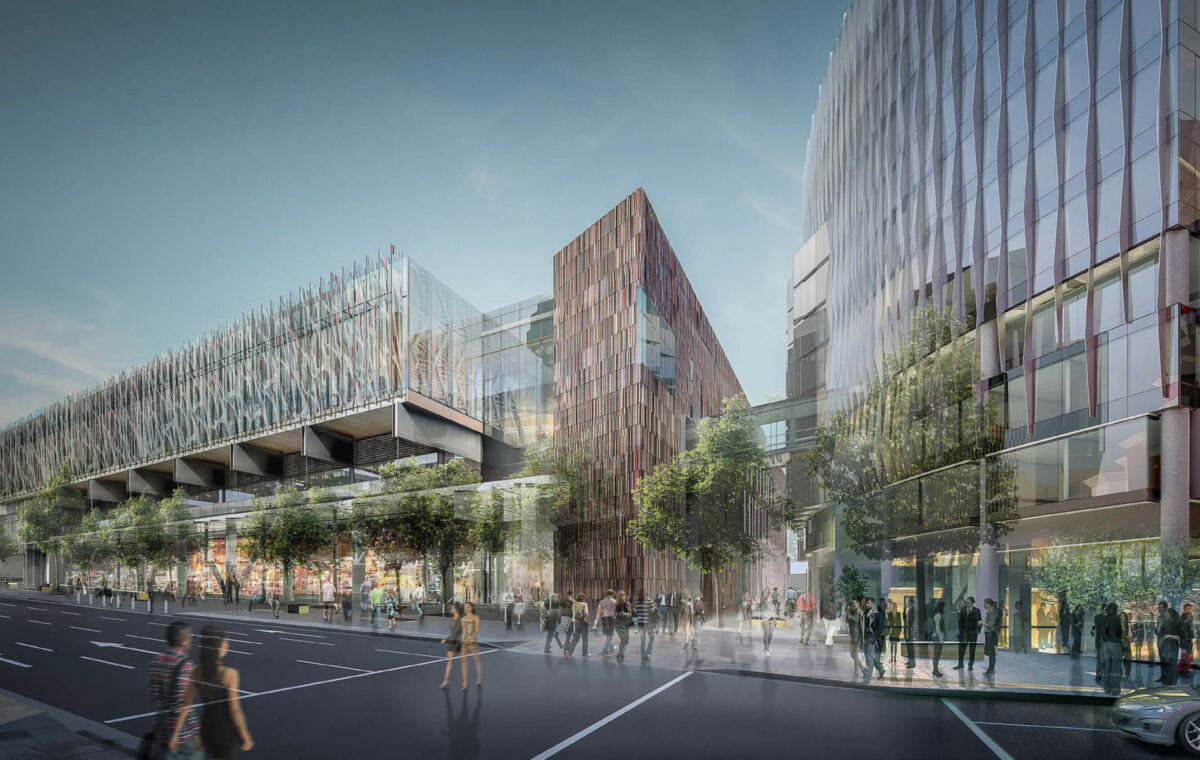 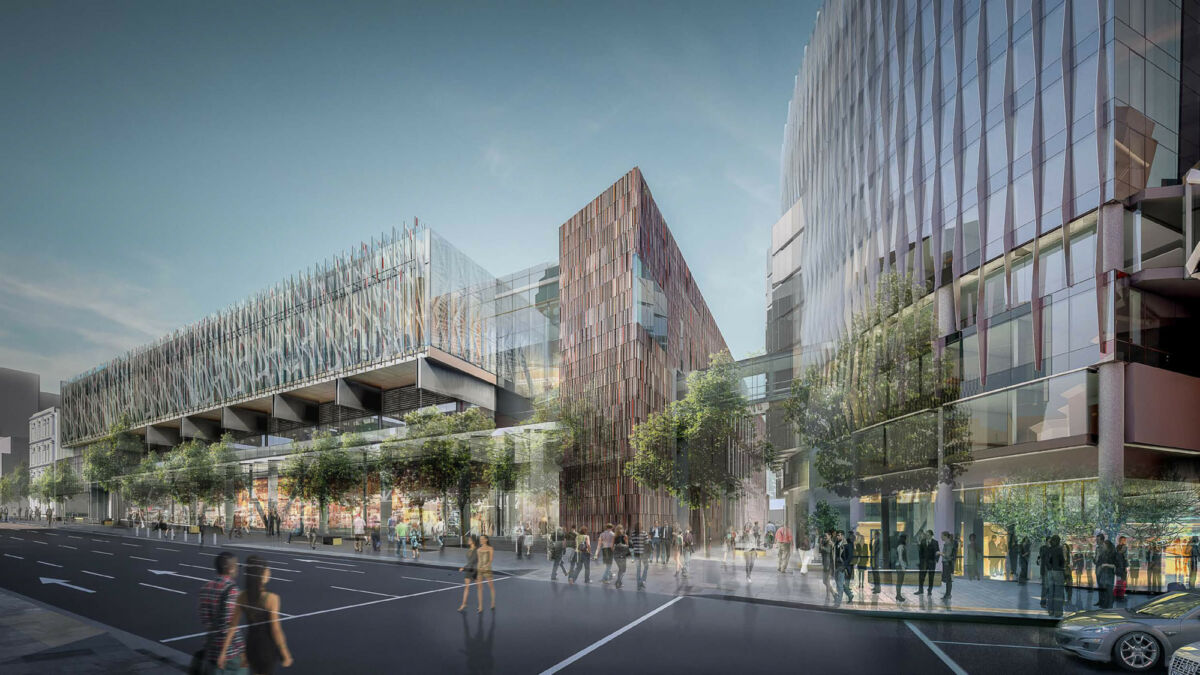 Partnership: The new NZICC and Hobson Street hotel will be built together, resulting in a construction project worth $700m and creating at least 1000 construction jobs over 3 years.

In a major milestone towards the landmark development becoming a reality, SKYCITY Chief Executive Nigel Morrison announced SKYCITY has agreed the terms of a binding, $477 million contract with Fletcher Construction Company Ltd to build and complete the design of the NZICC, the 5-star, 300-room Hobson Street hotel, the retail laneway linking Nelson and Hobson streets, and 1327 carparks under the NZICC.

The parties are confident the work can begin by Christmas.

The construction projects will create an estimated 1000 jobs during their 38-month build, plus approximately 1140 positions across conventions, hospitality, retail, gaming and food and beverage once both the NZICC and the new hotel are operational.* Including all other associated costs including land, fit-out, and contingencies, the projects represent a $700 million total investment by SKYCITY in the Auckland economy.

The NZICC is one of the most significant building projects in Auckland since the construction of the Sky Tower – also built by Fletcher Construction – 18 years ago.

Fletcher Construction will build the 32,000 sqm convention centre and a new 300-room, 5-star luxury hotel simultaneously, providing a huge boost to the local construction market and kick-starting a five-year inner-city building boom estimated at putting $6 billion into the local economy.**

SKYCITY and Fletcher Construction have entered into a binding commitment letter which records the agreed commercial and legal terms of the building works contracts for the NZICC and Hobson St hotel.

Formal signing of the two building works contracts is expected in November, once a small number of outstanding matters have been satisfied, including finalising insurance and specific requirements under the NZICC Agreement with the NZ Government.

Mr Morrison says the agreement with Fletcher Construction was a huge step for both SKYCITY and the NZICC project, and signified the beginning of a new phase in the planning of the tourism and infrastructure facility.

“Today is a watershed moment for SKYCITY. This day has been years in theplanning. I’m delighted to able to announce this construction partnership with Mark Adamson from Fletcher Building and his construction team, who share our bold and exciting vision for this project,’’ he says.

Fletcher Building CEO Mark Adamson says he is excited at the opportunity to again work with SKYCITY on another landmark building for New Zealand. “This is an amazing building and a huge opportunity. Fletcher Construction has a long association with SKYCITY dating back to the Sky Tower 18 years ago, so I’m honoured that SKYCITY has chosen us to be a key part of bringing this project to life.’’

The architects and designers working on the NZICC have continued to refine the design of the building, to further anchor the building in its New Zealand context. They have released new images, including a first look inside the Hobson Street hotel.

Andrew Barclay, Principal of Warren and Mahoney Architects and Design Director for the NZICC, says that as the Convention Centre is constructed, New Zealanders will see the building develop into a powerful expression of our country’s identity.

“Every aspect of the design, from an open transparent and welcoming facade, to fluid public spaces and the use of natural materials, has been carefully chosen to reflect the essence of New Zealand. When it opens this building will be an authentic New Zealand experience and a built embodiment of Kiwi hospitality for which NZ is famed,“ he says. 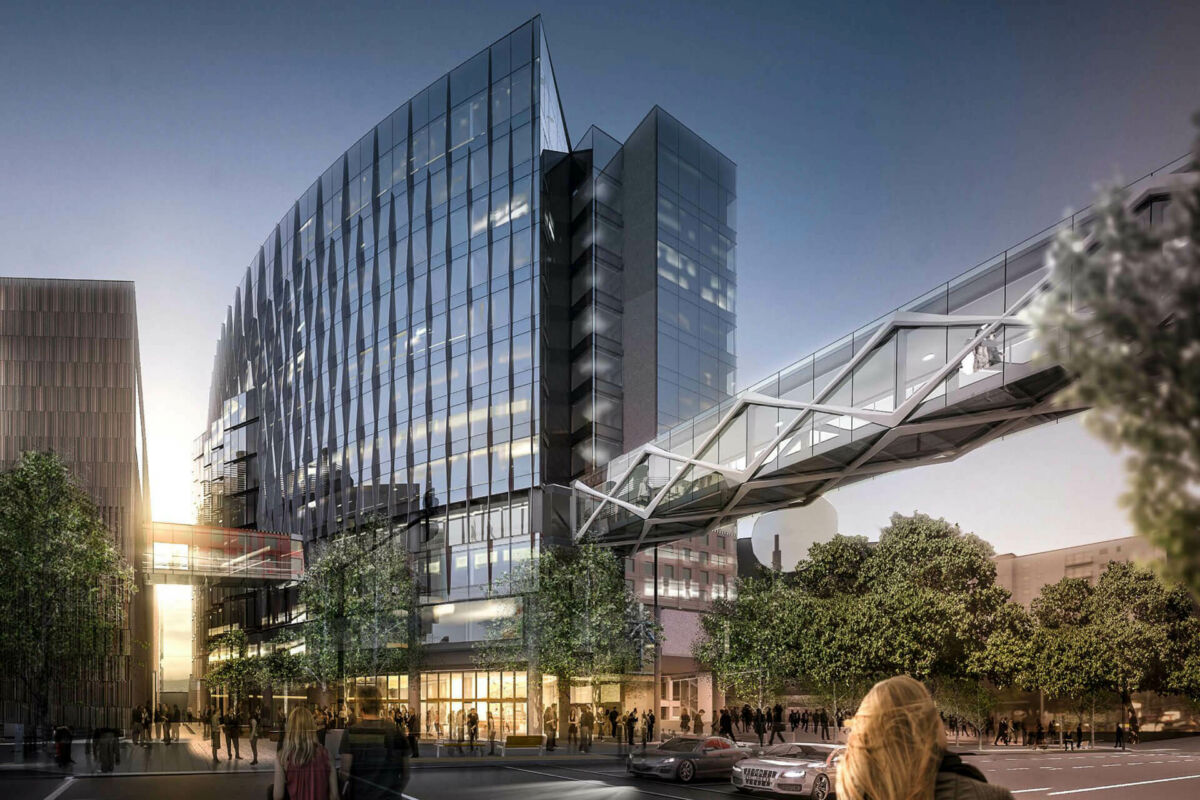 Connected: The Hobson Street hotel will be connected to both SKYCITY and the International Convention Centre. The building’s exterior is uniquely New Zealand.

Construction to begin by the end of 2015

The agreement between SKYCITY and Fletcher Construction follows Auckland Council’s ratification of the streamlined design of the NZICC agreed to with the Crown in May this year. SKYCITY now has all the resource consents in place it requires to begin construction.

SKYCITY has agreed with the Crown to spend at least $430m constructing the NZICC, in return for a range of gaming concessions including the extension of its Auckland licence through until 2048.

Mr Morrison says latest indications were the company would spend $471m on the NZICC, plus an additional $159m on the new hotel and $73m, most of which is on the new laneway, airbridge, retail fit out and additional carparking. The company was still considering options for financing the hotel.

The NZICC will be the largest purpose-build convention centre in the country, capable of hosting conventions of around 3000 people, or one-off events of up to 4000 people on the exhibition floor. It will also be able to host multiple events at the same time.

A new laneway similar to Federal Street between the new hotel and the NZICC will also be created, providing quality food and beverage outlets and a new public space.

The city’s economic development agency, Auckland Tourism, Events and Economic Development (ATEED), which supports the development of an international convention centre for Auckland, has welcomed the announcement of Fletcher Construction.

“Having an Auckland-based business confirmed as the infrastructure partner for the build of a project of this scale will generate new local jobs and money in Auckland’s economy”, says Chief Executive, Brett O’Riley.

“In addition to the infrastructure opportunity the NZICC supports the growth of the business events industry for Auckland – which aims to significantly grow the sector from $236 million of direct spend to Auckland in 2013 to $430m by 2023. Auckland Convention Bureau, a division within ATEED, is already fielding interest in a venue suited to staging large scale conferences”, he says.

* Based on SKYCITY estimates of positions in the NZICC, plus hotel operations, carparking, gaming, food and beverage facilities in the new laneway, and contracted and third-party services.