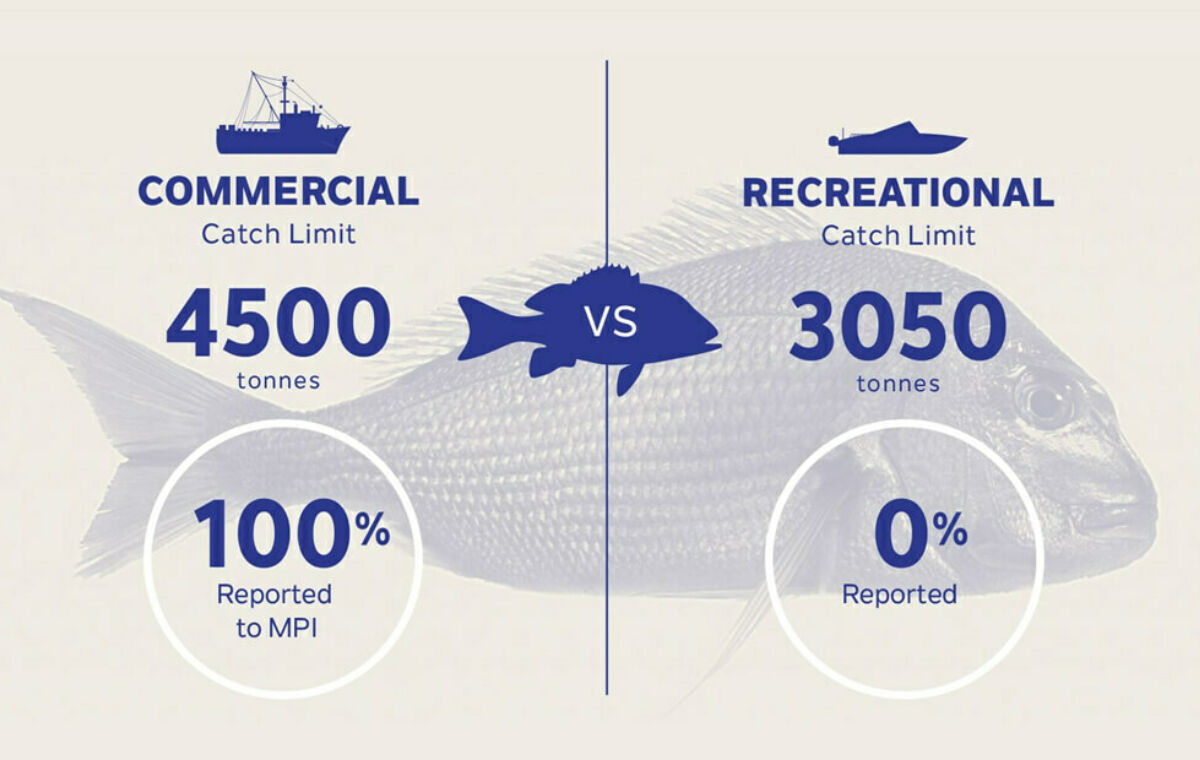 Sanford CEO Volker Kuntzsch says unscientific and historic data relating to the commercial fishery, like that in the University of British Columbia report released today, is disappointing and distracts from a genuine discussion around the future management of our fisheries.

“Rather than focusing on unreliable information around commercial catch and discard size, predominantly dating back to decades before the introduction of the Quota Management System 30 years ago, we should be looking at filling the gaps in our current understanding of all catch in New Zealand.”

Using the Snapper One (SNA 1) Fishery as an example, Kuntzsch says the number of fish caught by recreational fishers and recreational charter operators could be higher than that of the commercial sector and remain unreported until today.

“The impact of the recreational sector is much greater than estimates suggest as unlike commercial fishers there is no requirement to record numbers of snapper caught, or how many are discarded. We’ve got a world leading fisheries management regime and mostly healthy fish stocks, but no real grasp on total catch data – and you can’t manage an important fishery like this into the future without half the information,” Kuntzsch says.

The SNA 1 region, which runs from the top of eastern Northland to the Bay of Plenty, includes the Hauraki Gulf and has a total recreational catch of 3050 tonnes (which includes recreational charter).

“With up to 21,000 recreational fishers in 6,900 boats heading out into the Gulf on a good day and a burgeoning Auckland population that is expected to reach 1.77 million by 2020, over the summer period the actual number of snapper caught could be twice the recreational catch allowance for the entire SNA 1 area of 3050 tonnes,” Kuntzsch says. 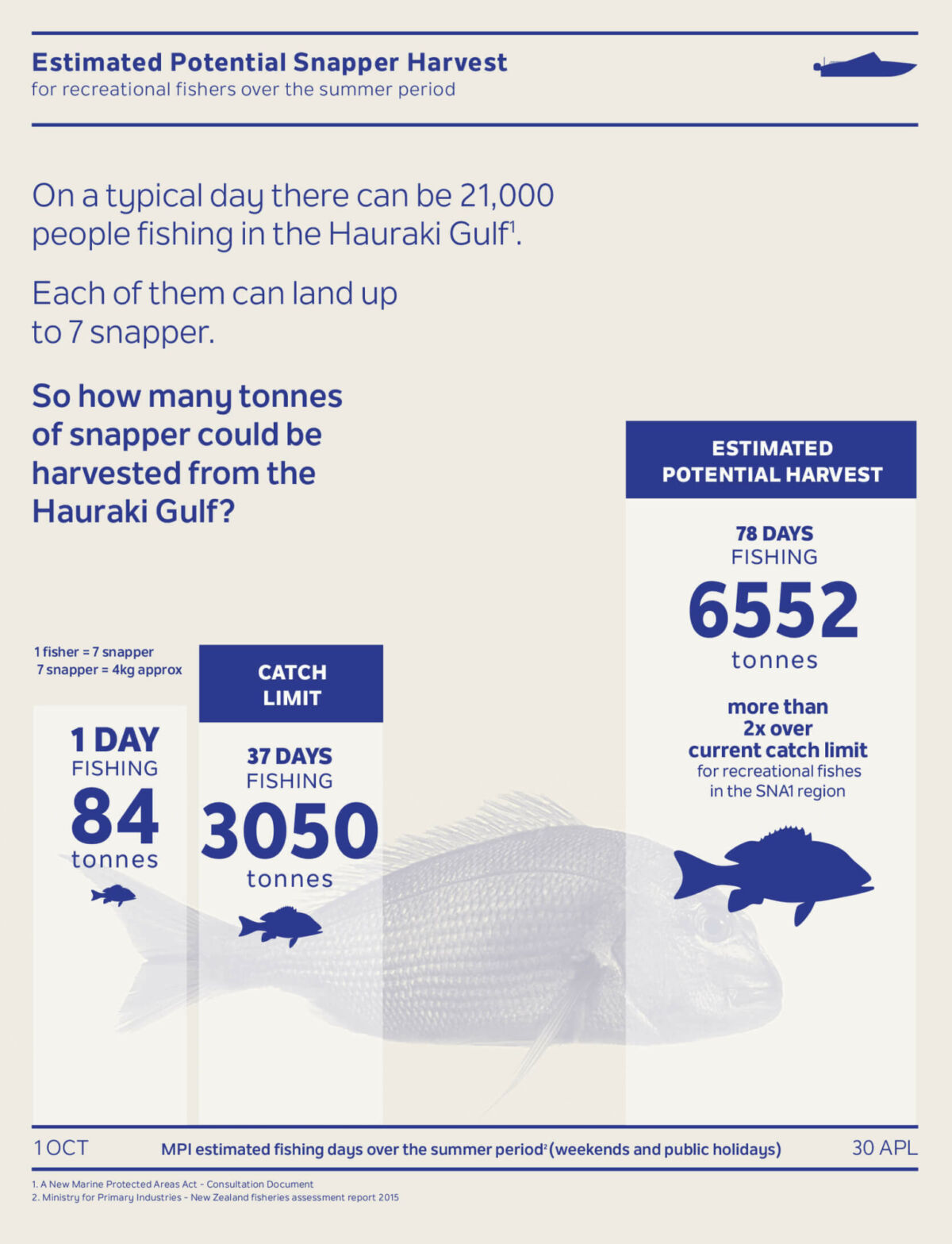 Estimated potential snapper harvest in the Hauraki Gulf based on 78 days of summer shows after just 37 days the recreational quota allowance for the entire SNA 1 region of 3050 tonnes could be met.

Mandatory catch reporting by recreational fishers and recreational charter operators would give a more robust view of the total catch from fishing, Kuntzsch says.

“As part of Sanford’s ongoing work towards creating a world recognised sustainable fishery we would love to gain MSC (Marine Stewardship Council) Certification for the SNA 1 region, including the Hauraki Gulf. However, without robust monitoring of all catch from the area this can’t be considered.”

“Our deepwater fisheries management system is already recognised as one of the best with the highest compliance in the world. New Zealand’s inshore fisheries could achieve the same recognition if the recreational sector contributed to recording and monitoring of catch, which is vital to the ongoing sustainability of our oceans,” Kuntzsch says.

The University of British Columbia report, Reconstruction of Marine Fisheries Catches for New Zealand (1950-2010), released today uses historical catch information from New Zealand fisheries and claims these are 2.7 (between 1950 and 2010) times larger than the official records.

The report also states unreported fish and discards account for most of the difference.

“Those MPI records, along with NIWA’s report summarising catches since the early 1990’s, shows the level of discards is at around six percent,” Kuntzsch says.

“Whether the fish on your plate is bought or caught, everyone needs to be aware of their impact on the marine environment and act responsibly,” Kuntzsch says.