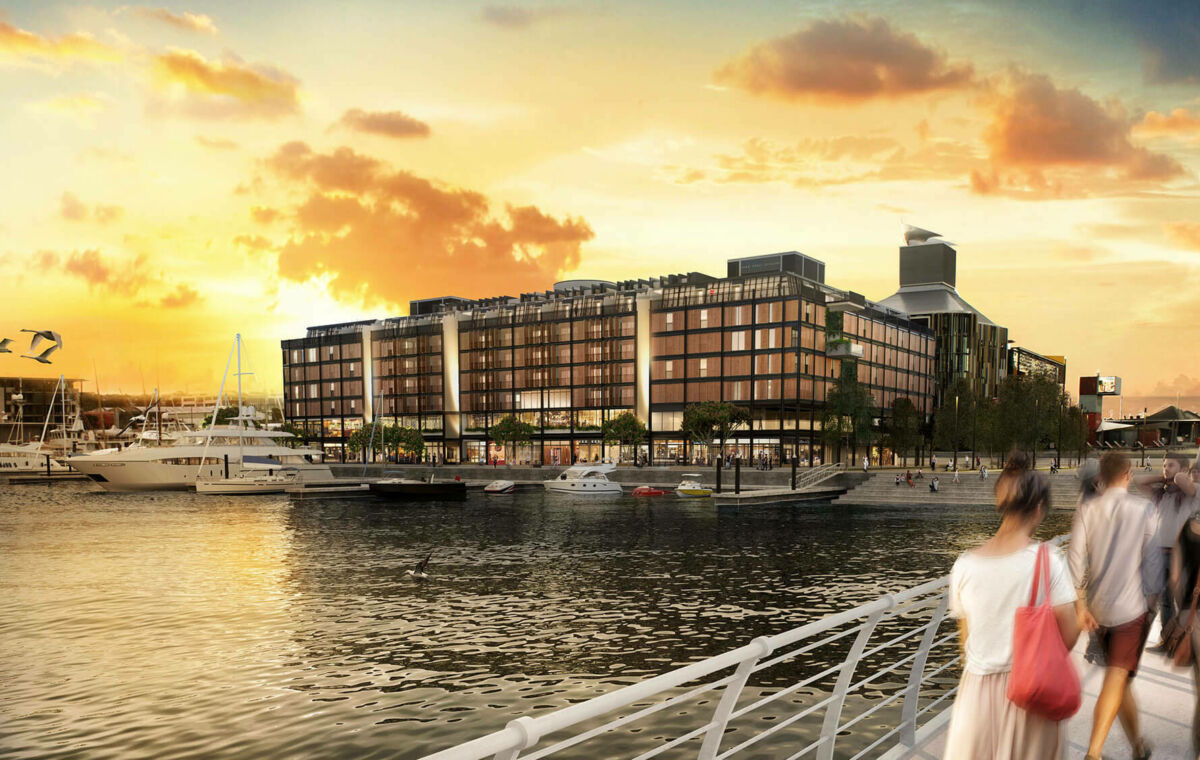 Construction of a $200 million five-star hotel at a landmark site in downtown Auckland will now commence, with Prime Minister John Key turning the sod earlier today.

The day started with a dawn blessing, where local Maori blessed the sod and then placed it into a waka huia which was then presented to Madam Chan Laiwa, Fu Wah founder.

This was followed by a traditional Chinese blessing. 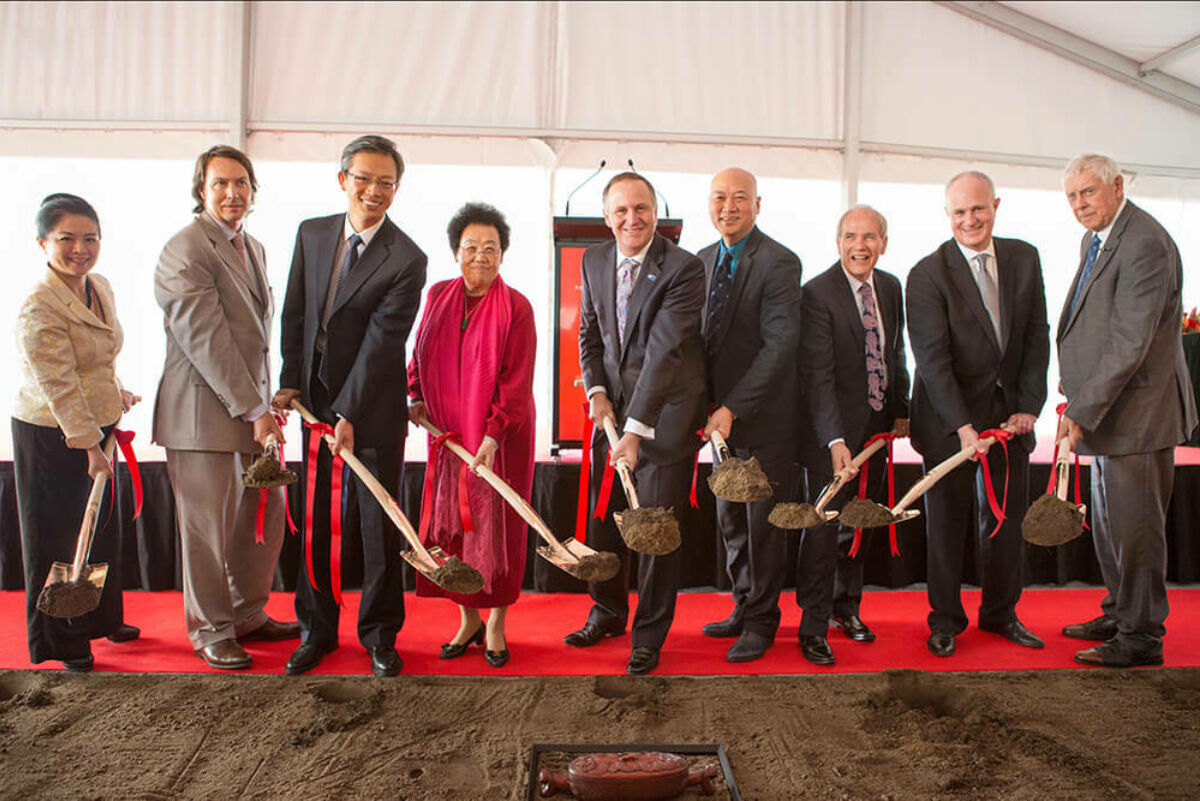 Panuku Development Auckland CEO John Dalzell says Fu Wah stood out as a development partner with its commitment to a long term sustainable investment proposal, respect for the history of the site and its significance to Aucklanders.

“For many years this signature site has been known as the home of our America’s Cup sailing team, Emirates Team New Zealand, but being blessed with some of the best views of the Waitemata Harbour and Auckland City it was always destined for so much more.”

“We’re delighted with the standard of building Fu Wah and its design team have come up with, and the respect shown to the retention of public waterfront access as part of the project.”

“We look forward to the positive impact Park Hyatt Auckland will have on the waterfront and the region,” Dalzell says.

Ms. Lim Wong says a further $2.5 million will be spent by Fu Wah to go towards a public promenade, walkway and art display in the area surrounding the hotel.

“It is important that the building is able to be enjoyed by the public as well as creating a public space for everyone to enjoy.” 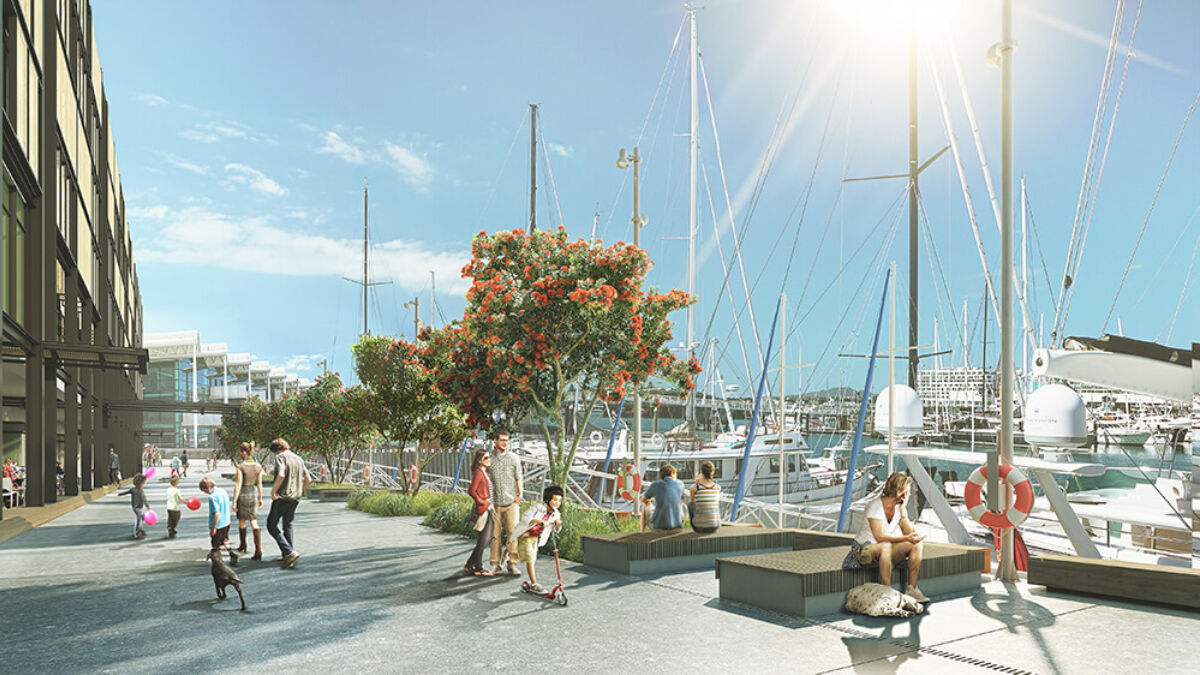 Artists impression of the public promenade.

Drone footage shows how the Auckland waterfront is developing.

The 195-room hotel – to be managed by the world-renowned Hyatt Group – will complement Wynyard Quarter’s award-winning buildings and public spaces and deliver significant economic benefits for the CBD and wider region.

Group President David Udell said it was important to select the right brand to introduce to the new destination.

“Park Hyatt Auckland will be a landmark hotel, delivering a new level of luxury and sophistication to our guests. These elements are increasingly being sought by a growing number of discerning and affluent business and leisure travellers visiting this beautiful harbour city.”

This will be the first Park Hyatt hotel in New Zealand, and one of only 37 world wide. Fu Wah also recently acquired the Park Hyatt Melbourne.

Udell says “The growing inbound tourist sector together with New Zealand’s reputation of being one of the best places in the world to do business made Auckland the ideal location for our newest Park Hyatt.”

The project will be a joint venture between Chinese and New Zealand based construction companies, with details of the partnership to be announced in April.

New Zealand based Fu Wah General Manager Richard Aitken says the hotel is expected to be a drawcard for local and international tourists, as well as Aucklanders.

“The hotel will complement the other restaurants in the area and reflect the diversity of both local and international visitors,” Aitken says.

Fu Wah’s investment in New Zealand comes as the company looks to expand its growth outside China.

“This is a rare opportunity, on a very rare site. It is a privilege to be able to build a world class five-star hotel with a development partner like Panuku Development Auckland.”