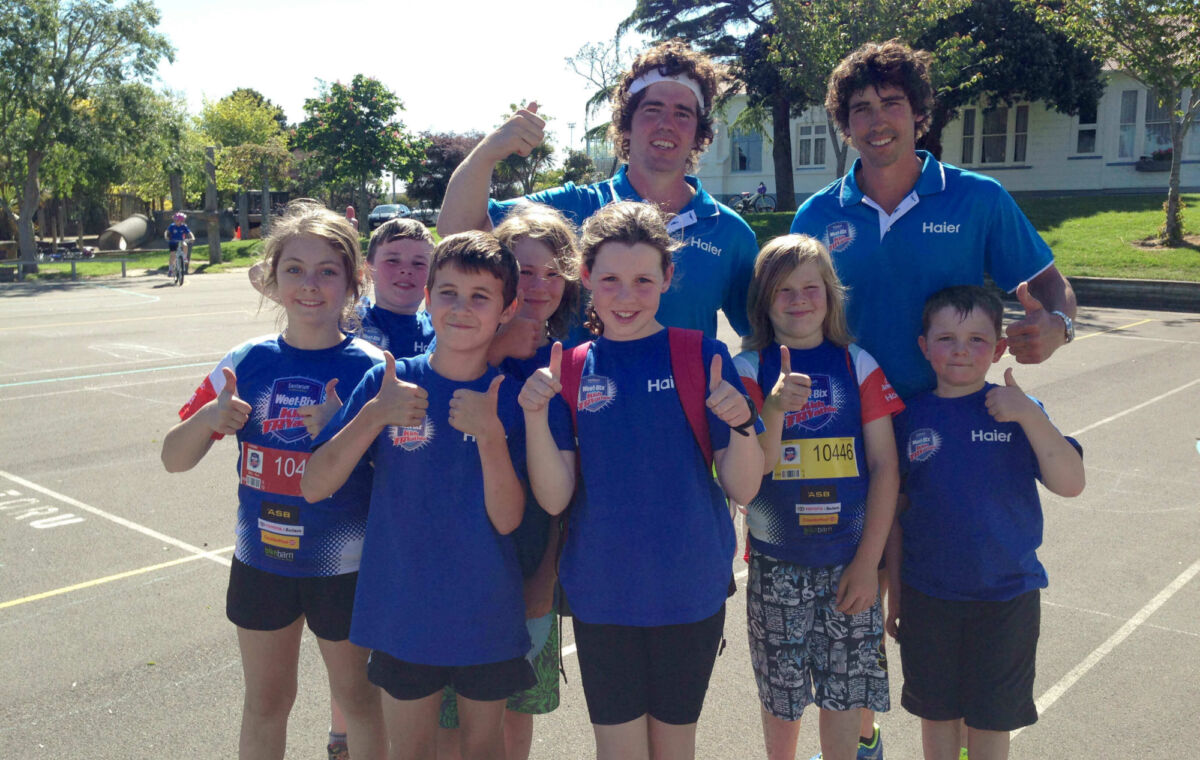 Haier has joined some of New Zealand’s biggest brands as a sponsor of Australasia’s largest under-16 triathlon series, the Sanitarium Weet-Bix Kids TRYathlon and is showing parents and kids how easy it is to participate in the event with a series of online videos.

The #HaierTRYHackAthon, presented by brothers Pete and Andy of ‘TV3’s The Block NZ’ fame, will be released by Haier via Facebook over the duration of the Weet-bix Kids TRYathlon event series. The first clip titled “Getting Prepared: Training” went live on the site today.

Mark Baillie, General Manager – Distributor New Zealand says that the team at Haier thought hard about what concerns first time participants in the Weet-bix Kids TRYathlon might have.

“We love the Weet-Bix Kids TRYathlon event because it’s all about encouraging participation, being active and giving it a try. But as a parent, I know that participating in a large-scale sporting event for the first time can be daunting,” says Mark Baillie.

“Our last series of ‘how to’ hack videos are proving really popular so it made sense for us to team up with Pete and Andy again to create the #HaierTRYHackAthon series. I think parents and kids will enjoy the videos with Pete and Andy and come away with ideas about the basic gear needed, how to stay safe and make transitions easy and stress-free.”

Now in its 18th year, the Weet-bix Kids TRYathlon series drew over 24,000 participants from around New Zealand last year. This year Kiwi kids and their families will attend events across the country from December 2015 through to April 2016.

Parents who have kids participating at the beginning of the series will be able to go on to Haier’s YouTube channel and watch all ten clips to get tips, tricks and practical advice on how to prepare for and participate in the event.

The videos were all filmed on location in Palmerston North with the help of students from Russell Street School. Deputy Principal James Rea said the school leapt at the opportunity when asked to be involved.

“The Weet-Bix TRYathlon is a very popular event on the Russell Street School calendar. Every year we have a huge amount of interest from our students.

“With Pete and Andy – aka Pandy – being local heroes in the area, our kids jumped at the chance to be involved putting together the videos,” says James Rea.

For the full schedule of Weet-bix Kids TRYathlon events or to enter Haier’s “Design your own mini fridge competition” visit www.haier.co.nz/weet-bix. To register, visit try.weetbix.co.nz.