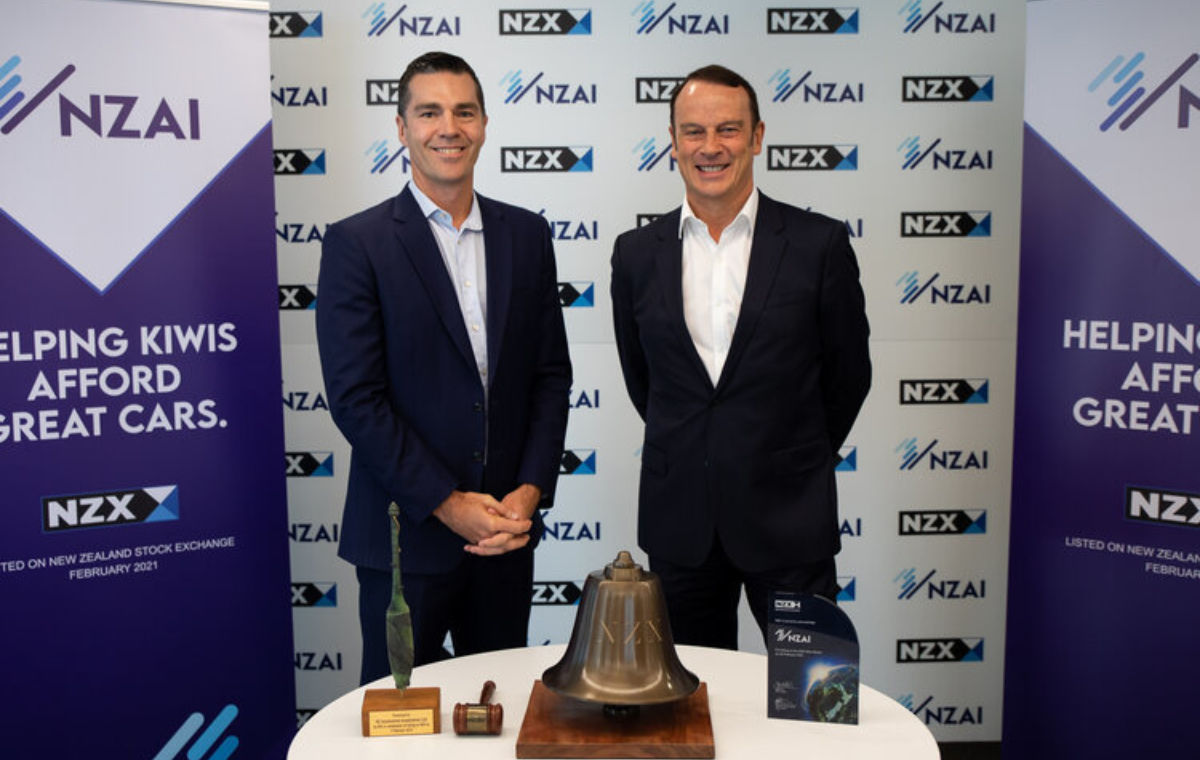 The Company has gone public via a direct listing on the NZX main board, so no new securities have been issued in conjunction with the listing.

The company has listed with 45,554,500 ordinary shares on issue at a listing prices of $1.30. Existing shareholders in the company include the company’s co-founders and Executive Directors, Eugene Williams and David Sena and staff of the company’s ‘2 Cheap Cars’ subsidiary.

Board Chair Karl Smith says the direct listing is an important milestone for NZAI.

“We believe the listing offers an investment opportunity which is underpinned by Kiwis’ demand for affordable, safe and reliable second-hand cars.

“The listing will support NZAI’s long-term growth, in particular access to capital in the future for expansion of its recently established vehicle finance company.”

Its Automotive Retail company, 2 Cheap Cars, was founded in 2011 by Eugene Williams and David Sena and has since grown to have an estimated 8 per cent market share of all imported used cars sold in New Zealand, generating $76 million of revenue in FY20.

NZAI’s existing position in the used car market provides a base from which to grow its Vehicle Finance company, NZ Motor Finance, in line with NZAI’s long-term plans for growth.

Approximately one third of 2 Cheap Cars customers require vehicle finance at point of sale. By cross-selling to these customers, NZ Motor Finance can originate its loans with effectively no marketing or acquisition costs.

“I was sold on the story of this Kiwi company that’s been grown from scratch, has a clear view of who its customers are and a really focused strategy, leveraging its existing business to potentially become a major player in motor vehicle finance.

“With strong governance and management in place, NZAI is now focused on implementing its strategic roadmap for growth.”

Today the company marked its listing with an event at the NZX in Auckland. As the NZA ticker went live on the main board at 10.00am, NZAI Chairman, Karl Smith and CEO David Page rang the bell to mark the start of trading.

Co-founders and Executive Directors Eugene Williams and David Sena both remain cornerstone shareholders following the direct listing and have entered into escrow arrangements with NZAI.

“This is an exciting day for NZAI and a proud moment for David and I as we reflect on the past decade of growing a business to reach this milestone and the opportunity ahead for the company to enter its next stage of growth under the leadership and expertise of Karl Smith and the NZAI board and David Page as CEO.” says Williams.

NZAI has established a dividend policy with a target pay-out ratio of 50% to 60% of annual underlying Net Profit After Tax (“NPAT”). The Company has a track record of paying dividends with 61% (on average) of NPAT paid as dividends during the last three financial years.