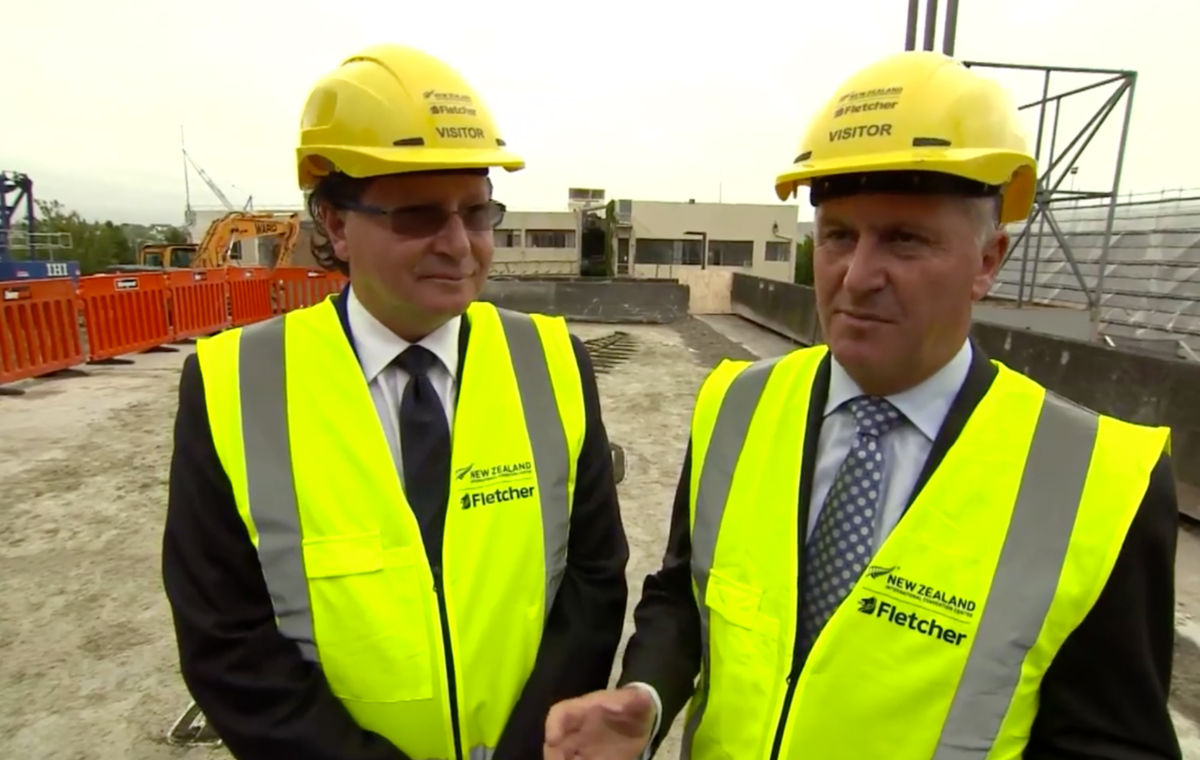 The first sod has been turned on the site of the New Zealand International Convention Centre (“NZICC”) in central Auckland.

Pieces of earth from the ground beneath the 14,000 sqm site were placed in a waka huia (treasure container) and blessed by Ngati Whatua kaumatua Bob Hawke. They will be held by the NZICC and incorporated into the completed building.

The distinctive logo of the NZICC, featuring the New Zealand fern, was etched in sand and earth at the ceremony by Mt Maunganui artist Jamie Harkins.

The groundbreaking ceremony follows eight weeks of demolition on the site of the two-storey convention centre and 5-star, 300-room hotel, which is being developed by SKYCITY Entertainment Group and built by Fletcher Construction under an agreement with the Crown.

The sod-turning paves the way for a much larger dig – the excavation of a 22m hole to prepare the foundations and underground structure for what will be the largest purpose-built convention centre in the country.

In the first half of next year the NZICC and the Hobson Street hotel will begin to rise on the site.

The $700 million project is creating an estimated 1,000 jobs on site during the build plus an additional 2,000 jobs in associated industries flowing on from the construction project, according to Fletcher Construction. Once open, the NZICC and hotel will create more than 1,000 jobs across the new entertainment precinct.

The landmark NZICC building, and next to it the 5-star, 300-room hotel and laneway with bars and restaurants, is an integral part of this city’s development; a $700 million investment in much-needed tourism infrastructure in downtown Auckland that will see the Victoria Quarter become an attractive and vibrant part of the city.

“SKYCITY is proud to be delivering the development of an international convention centre facility that will allow New Zealand to compete on the world stage,’’ Mr Morrison says.

When open in 2019, the NZICC will be capable of hosting conventions of around 3,000 people, and one-off events of up to 4,000 people on the exhibition floor. It will also be able to host multiple events at the same time. 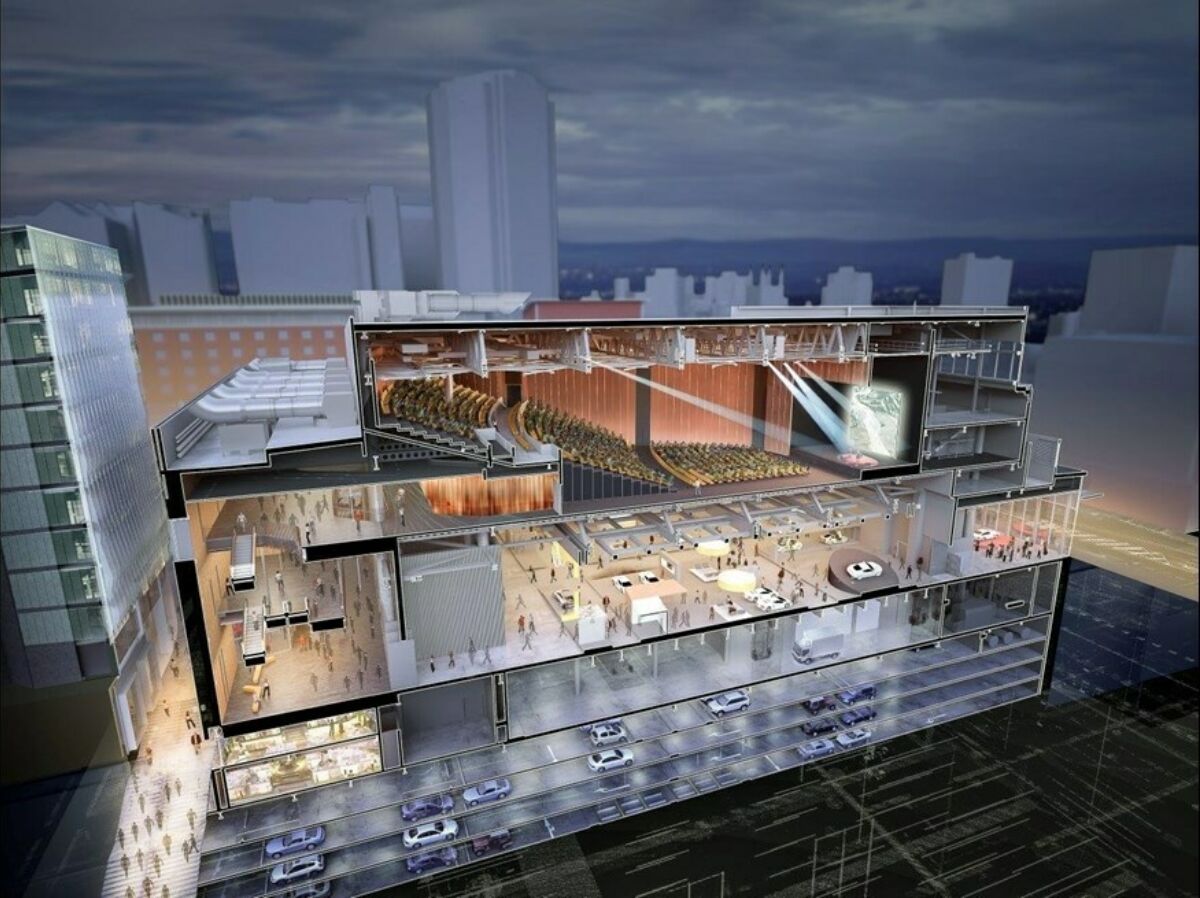 “The NZICC will deliver real returns for New Zealand, not only in job creation and delegate spend but in the sharing of knowledge,” he says.