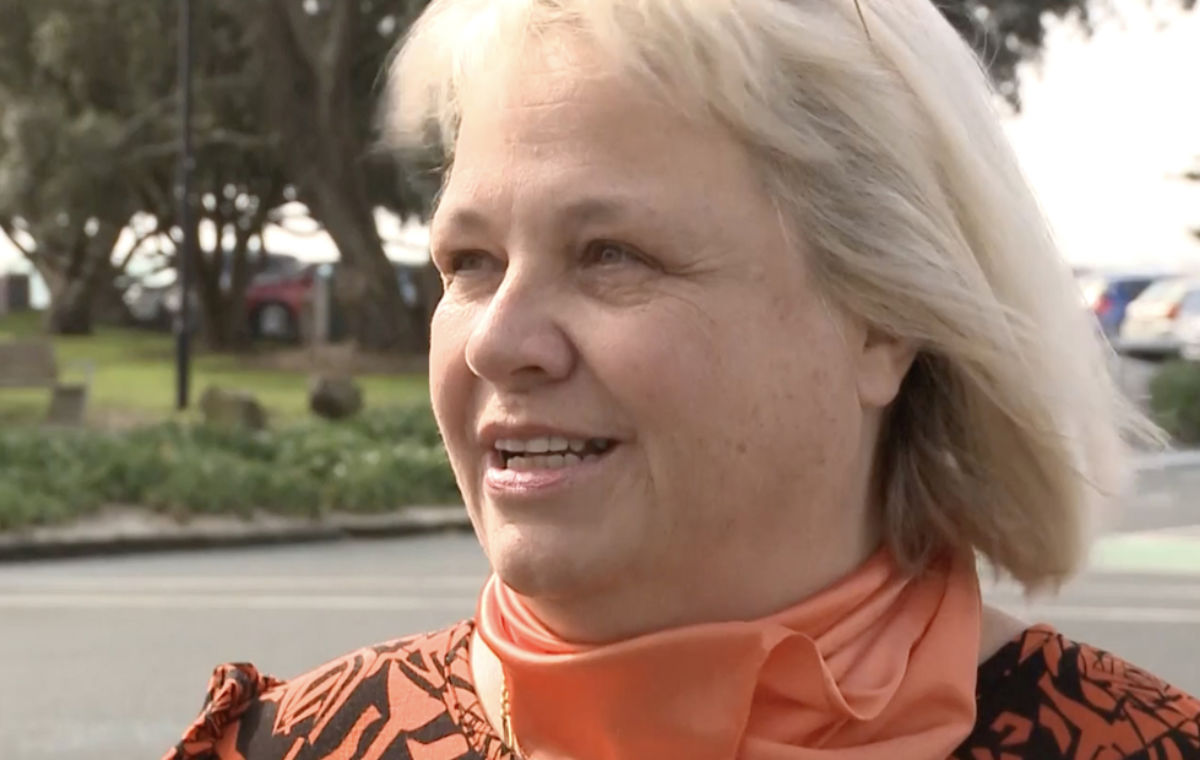 Kiwis say dementia is ‘heartbreaking’ for families and want more support to care for those diagnosed with the disease.

New research into Kiwi attitudes towards and awareness of dementia shows it is little understood yet deeply feared – and more than half the population have a personal experience with the degenerative brain disease.

Summerset has partnered with Dementia New Zealand and The New Zealand Dementia Cooperative to better understand Kiwi awareness and perceptions of dementia with a Neilson survey of 1,000 New Zealanders.

According to the results, more than 60% of New Zealanders have a current personal experience with dementia, and nearly 50% of respondents say they would like to learn more about how to better look after people with dementia and those caring for them.

Yet despite dementia being the disease Kiwis most fear getting, second only to cancer, it is also one of the least understood, with more than 20% believing dementia is a natural part of aging.

Dementia is the leading cause of death in the UK and is now a leading health priority for many other western countries. According to former British Prime Minster, David Cameron, who is now President of Alzheimers Research UK and a leading global campaigner on dementia, too many people are writing dementia off as an inevitable and natural condition of aging. “Just as we did in the past with diseases like cancer and HIV, today we need to educate, inform and talk more – and more frankly – about dementia,” says Cameron.

In New Zealand, Summerset, Dementia New Zealand and The New Zealand Dementia Cooperative say the research shows there is a clear need for a national conversation and strategy to reduce stigma, diagnose and combat the disease, and better care for Kiwis and their families living with dementia.

They are calling on the government to recognise dementia as a major health priority for New Zealand, to create and implement a national plan for supporting and providing care for the increasing numbers of people living with dementia, and to support community organisations working with those with the disease.

As a starting point, they say one of the biggest risks for New Zealand currently is we don’t record the number of people with dementia in our health system, meaning there is no accurate data on the number of Kiwis diagnosed with, living with or dying from dementia.

But according to overseas statistics extrapolated to New Zealand, around 170,000 people will be diagnosed with dementia by 2050, triple the current figures, with a cost to the economy of nearly $NZ3 billion.

Paul Sullivan is the CEO of Dementia New Zealand, an agency that aims to support the delivery of high quality services by dementia organisations working in local communities. Its organisations cover 70% of New Zealand’s population, with Affiliates in Auckland, Waikato, Lakes, Hawke’s Bay, Wellington and Canterbury.

He says the survey results demonstrate a clear need for more information and knowledge on dementia as an illness.

“All community dementia providers could serve their communities more effectively if they knew how many cases were in their area, and what level of support was needed across these. Our ideal situation would be a universally accepted primary diagnostic code for all dementia diagnoses, and the ability for District Health Boards to accurately gauge the overall prevalence and the incidence of dementia through this coding,” says Sullivan, adding that consistency of diagnosis is also lacking.

“Some doctors diagnose a person as having a Mild Cognitive Impairment at the onset of dementia, and this diagnosis is not updated as a person’s symptoms worsen. Until this coding and diagnostic consistency is achieved we are unlikely to be able to answer the simple question of ‘How many people in New Zealand are living with a diagnosis of dementia?’”

In 2016, Levin’s Summerset by the Ranges opened a 20-bed pilot dementia facility, the first of its kind in New Zealand. The centre is modelled on international design standards for dementia care and allows residents to live in their own apartment with personal items, pets and to have family members to stay, all in a secure environment.

“Dementia is a growing, silent epidemic with no cure in sight. The current reality for most people with dementia when they can’t manage on their own at home is to go into a secure facility. We need to focus on helping people live well with dementia. It’s thinking about what people, not the disease, need. It’s the very simple things that are the most powerful. We are in the process of becoming a dementia friendly organisation and have developed our new memory care concept for those who need secure care. But there is so much that we can all do in society to help those with all stages of dementia,” says Cook. 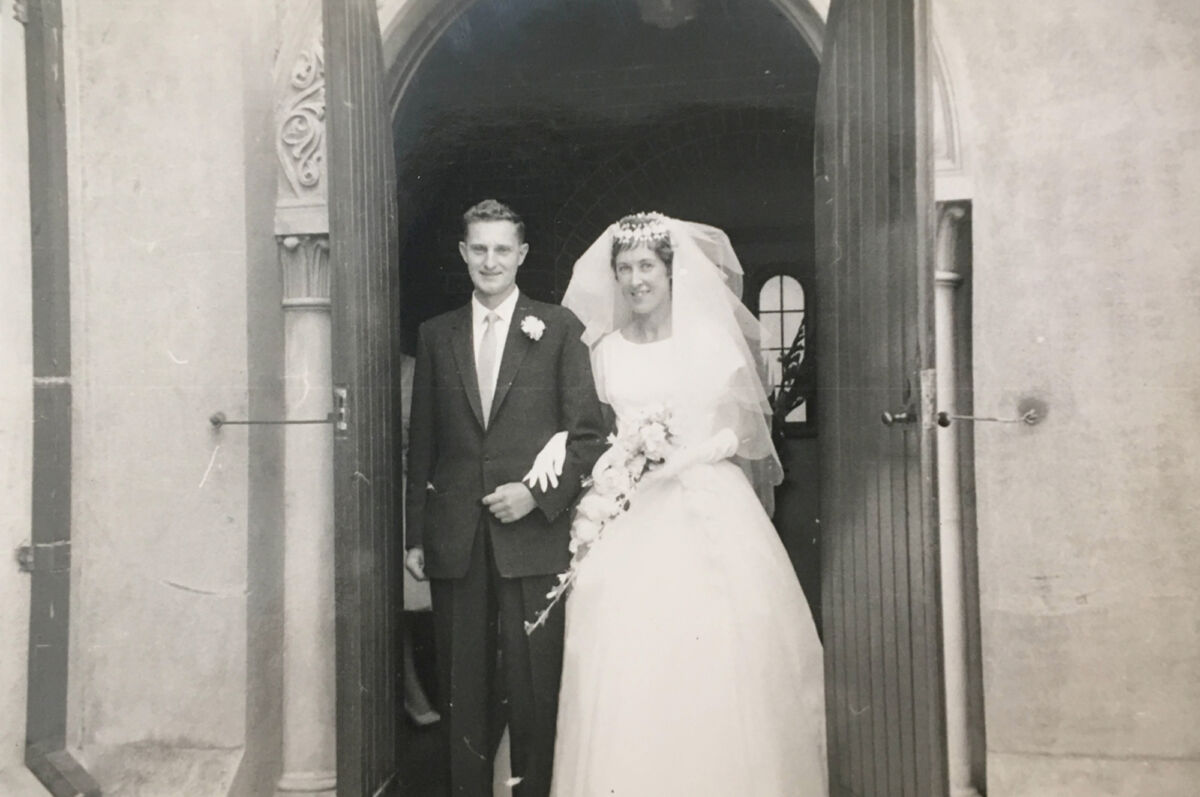 Jan and Peter Warning on their wedding day

Jan and Peter Warning with their daughter, Alison Shakespeare at Summerset’s Memory Care Centre in Levin

Earlier this year Wellington woman, Alison Shakespeare shared the love story of her parents, Jan and Peter Warning, both living with dementia, who are believed to be the first couple in New Zealand able to be cared for together in their own apartment at Summerset’s Levin ‘memory care centre’.

However, not all of those living with dementia will be staying in such a facility. Shereen Moloney, Executive Director of the New Zealand Dementia Cooperative, says there is a need to provide more education, support and resources to general practices so they can spend more time with patients living with dementia.

“New Zealand’s health system has traditionally focused on acute care in hospitals, rather than the care of people with long term conditions. Most people with dementia live at home, and it is crucial that services and funding change so the health and social care systems can support people to live well in the community. People with dementia always have the potential to be active members of the community – working, volunteering, attending events and socialising, but they and their families need community support to manage this. We need to develop a multidisciplinary team approach, including nurses, allied health, health navigators and trained support workers to help families manage the condition,” says Moloney.

This study was conducted, on behalf of Summerset, Dementia New Zealand and The New Zealand Dementia Cooperative., by SSI’s online panel of New Zealanders aged 18+ (including 264 aged 60+ years).

The sample was 1,000 respondents, distributed throughout New Zealand. The findings in this report have been weighted to the total New Zealand population according to region, age, and gender using 2013 Census statistics.

All subgroup differences mentioned in this report are statistically significant at a 95% confidence level. This means there is a 95% chance the difference is a true difference in the population and not due to random variation due to sampling.