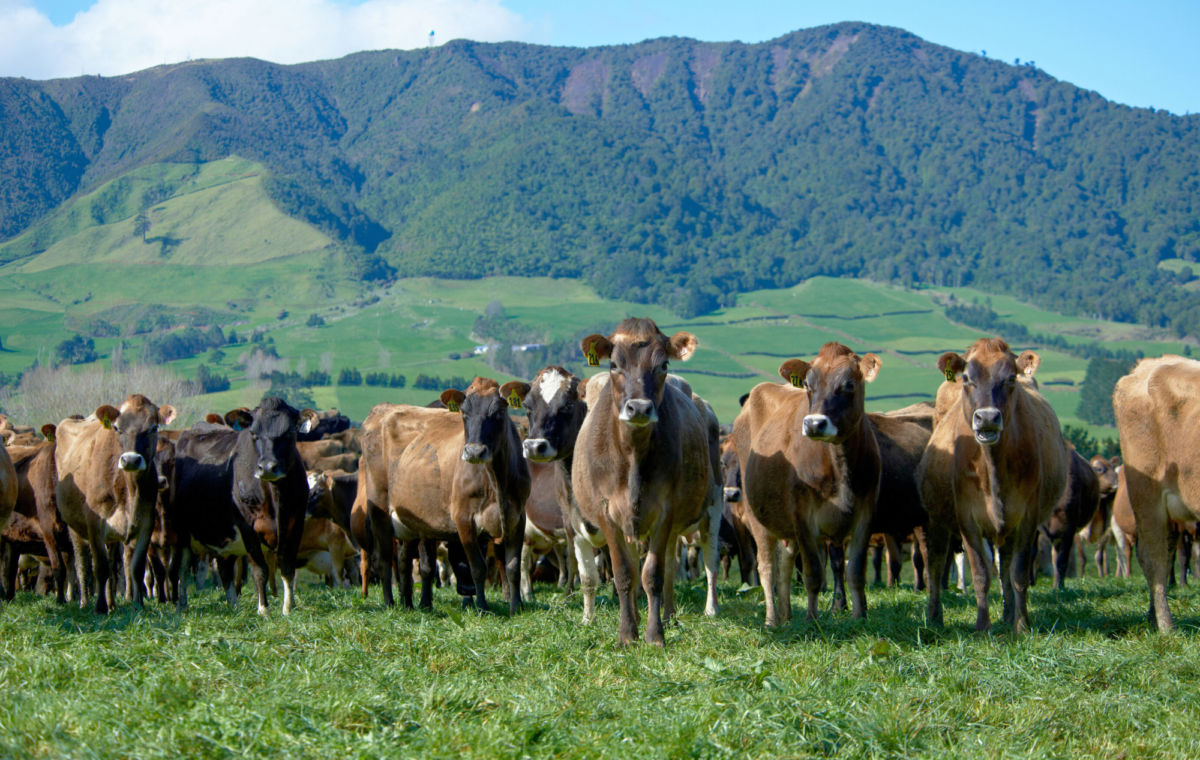 LIC’s new HoofPrint index provides farmers with accurate insights on bulls born since 1 January 2009 that have the potential to breed progeny for dairy herds with a lighter environmental footprint – cows that produce less methane and nitrogen per kilogram of milk solids.

Each year LIC produces a catalogue showcasing bulls available for use within the upcoming mating season. This year’s Genetics Catalogue has the addition of the new HoofPrint index which enables farmers to select bulls based on their predicted ability to generate daughters with a lower environmental impact.

LIC Chief Executive Wayne McNee explains, “HoofPrint is a 10-point ranking system developed to help farmers achieve their environmental targets and enable them to make more informed decisions about the environmental efficiency of the milk they produce.

“The ranking system is from 10 to 1, with 10 being the strongest in terms of being the lowest environmental impact per kg product produced. The index enables farmers to rank and compare enteric methane and urinary nitrogen per kilogram of milk solid produced, using genetic data across all dairy breeding bulls.”

Enteric methane emissions (generated from cow burps) and urinary nitrogen excretion from cows are two of the major contributors to the environmental impact of dairy production in New Zealand.

McNee says farmers are actively seeking to reduce their environmental footprint and new ways to achieve this. “Our new index, alongside our leading genetic options and management tools, will enable farmers to better achieve this while maintaining productivity.”

“Our focus is on supporting farmers to breed and select cows that most efficiently convert the food they eat into milk production,” McNee explains, “while maintaining important attributes needed to maximise the productive life of the cow.

“We know high genetic merit animals partition more of their feed eaten into milk solids, and less into waste. This means more nitrogen is being converted into protein in cow’s milk rather than being excreted as urine or faeces. And that’s why higher genetic merit animals, on average, perform better when ranked under our HoofPrint index.”

McNee says HoofPrint is one of a number of new initiatives LIC is working on to help farmers reduce their environmental impact on farm and improve productivity in a sustainable way.

Copies of LIC’s 2020 Genetics Catalogue, with HoofPrint indices relating to LIC’s daughter proven bulls and Premier Sires® teams, are currently being sent to farmers seeking to select the bulls whose semen they want to use to create the next generation of their dairy herds. The catalogue is also available on www.lic.co.nz.