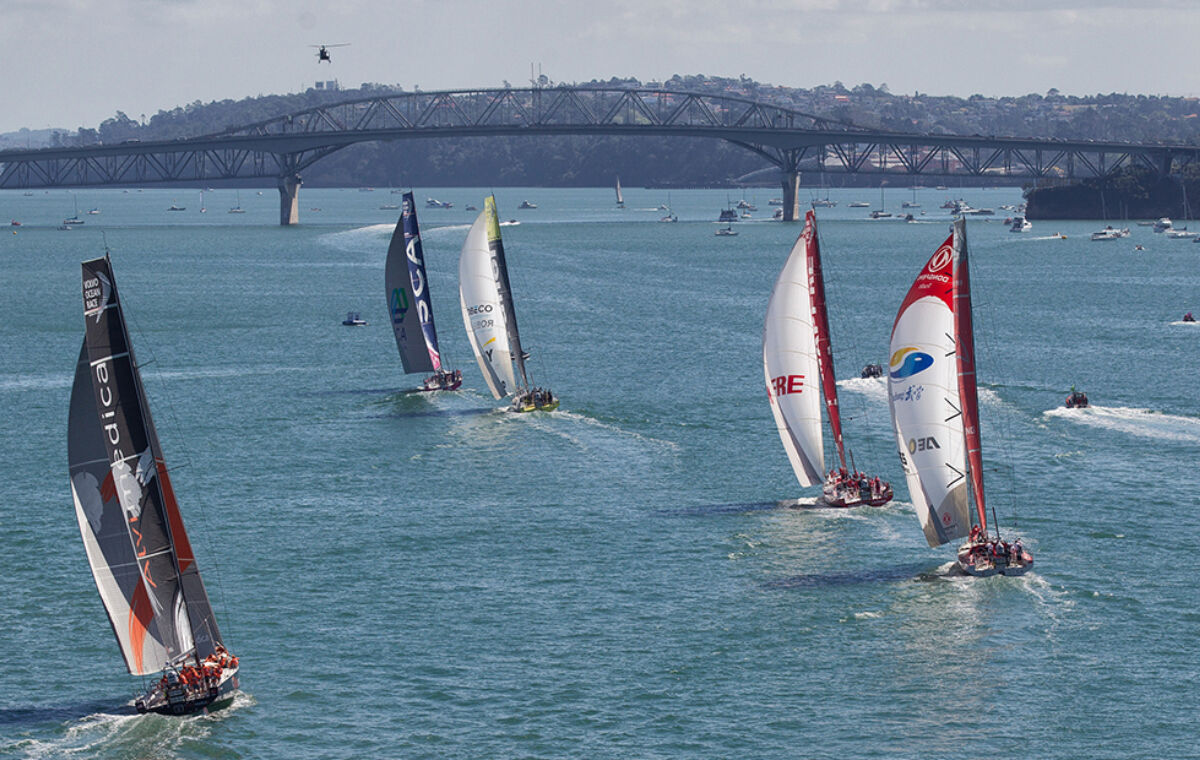 Kiwis are set once again to dominate the world’s toughest sailing event, the Volvo Ocean Race when the first leg of the 20117/18 edition, gets underway this Sunday, from Alicante, Spain.

The nine-month race, which stops over in Auckland in March, will see the sailors race 45,000 nautical miles, across 4 oceans, passing through five continents.

“The Volvo Ocean race has a rich history and connection to New Zealand that spans over 40 years,” says Grant Calder Managing Director of the Auckland Stopover, “from Peter Blake right through to the new crop of Kiwi sailors coming through, it is a race that Kiwis love to be a part of whether they are a competitor or spectator.

“Auckland is known as the spiritual home of the race and there really is no other country that has such a strong connection to the race. We can’t wait to welcome the fleet home early next year.”

Sir Peter Blake, who competed in the first edition of what was then the Whitbread Round the World Race secured a victory in 1989/90. Emirates Team NZ CEO Grant Dalton repeated the feat three years late in the 1993/4 race.

This year two of our finest sailors, Peter Burling and Blair Tuke, who took New Zealand to America’s Cup victory in Bermuda, will be pitted against each other as they race around the world. They will be competing alongside eight other New Zealanders including the first Kiwi woman competitor in almost two decades, Bianca Cook. Other Kiwi sailors include veterans of the Volvo Ocean Race, Stu Bannatyne, Brad Jackson, and Daryl Wislang, as well as Louis Sinclair, Brad Farrand, and Tony Mutter. James Blake, the son of legendary New Zealand sailor Sir Peter Blake, completes the Kiwi contingent with his role as On Board Reporter.

Over the duration of the race, the crews experience life at the extreme: no fresh food is taken on board so they live off freeze-dried food; they experience temperature variations from -15 to +40 degrees Celsius and only take one change of clothes with them on board. They trust their lives to the skipper and each other and experience hunger and severe sleep deprivation.

There is no prize money for the winners, but seeing your name etched into one of the silver rings of the Volvo Ocean Race Trophy is a prize beyond compare for sailors who grew up with dreams of emulating the legends of the race – heroic figures who dedicated their professional lives to chasing victory – people like our very own Peter Blake and Grant Dalton, as well as international sailing elite Éric Tabarly, Conny van Rietschoten, Paul Cayard, and Ian Walker.

The Auckland Volvo Ocean Race stopover will be the first major sailing event in the city since New Zealand won the America’s Cup and is a half way point for the race. Opening on 24th February it will run through to the 18th March and is set to be one of the biggest events in the city’s calendar expecting to attract 500,000 spectators over 23 days.