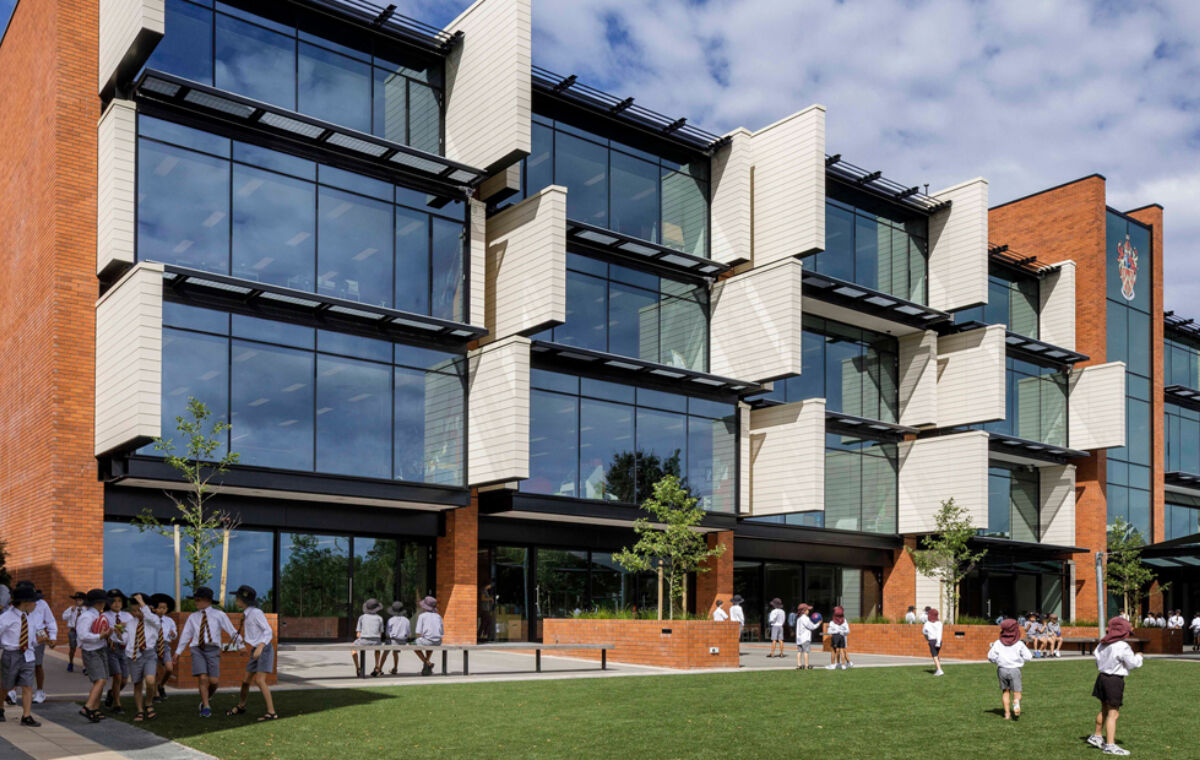 King’s School, which soon approaches its centenary, today opened a new state-of-the-art multi-purpose learning environment as the school looks ahead to its next 100 years of educating boys.

Located in the centre of the school, the Centennial Building has been designed to cater to the future needs of students and connect and strengthen the school’s community.

The opening of the new building is a personal highlight for King’s School Headmaster, Tony Sissons, who tasked architectural design practice Warren and Mahoney with the important job of designing a space that will need to support changing education trends and a technology future that is yet unknown.

“There were many planning discussions with Warren and Mahoney, and multiple requirements to consider, but core to the brief was the importance of human relationships within a school environment, particularly those between student and teacher.

“What we have in this building is a flexible environment that encourages collaboration with others, while at the same time providing more intimate spaces for individual and reflective learning. This is achieved without losing the strong personal relationship between each individual student and his teacher. It’s the best of both worlds,” says Sissons.

The new building adds an additional 5,000 sq. metres to the school’s existing footprint and consists of large light-filled classrooms, music studios and flexible discussion areas. It replaces the Hanna Block, which following a review by earthquake engineers was found to have serious structural problems.

Warren and Mahoney project lead and Chairman, John Coop, says that the building had to connect the past and future of King’s School and that the end result replicates the real world of university facilities and contemporary workplaces.

“The space deliberately brings the activities of teaching and learning directly into the circulation pattern of the school so that movement and ambient activity are seen as positive additions to focus, rather than distractions.

“We’re really pleased with the end result, and to deliver the project on-budget with minimal disruption to the school’s activities,” says Coop.

The new Centennial Building allows a flow from individual classrooms into open flexible spaces, which can be used by students and staff from across the school. For the first time, all the school’s buildings are now well-connected by the use of bridges linking existing buildings to the new facility. The $30 million build took 20-months to complete, with most of the work being carried out during the school year.

Sissons says that the although the new building adds significant new spaces to the school, the King’s School Board is committed to not increasing its current roll, maintaining its staff: student ratio of 1:11.