You can eat it, wear it, scent your house with it, take a bath in it and now decorate your Christmas tree with the Colonel and his famous fried chicken; all thanks to KFC New Zealand’s inspired set of tree decorations for the ultimate KFC fan.

Twelve months on from the scented candle that sent the internet into a fried chicken frenzy, KFC has turned its original recipe to Christmas tree decorations, creating a set of five unique ornaments to really take your tree to the next level.

KFC’s decorations come beautifully packaged in a black presentation box. Each set of five decorations features an Original Recipe drumstick, chips, wing, the famous KFC bucket and… to top it all off… the Colonel, himself.

“Forget the mistletoe this year – these naughty and nice decorations are sure to make the magic happen when you grab a drumstick off the tree and hold it overhead,” says Wilson. 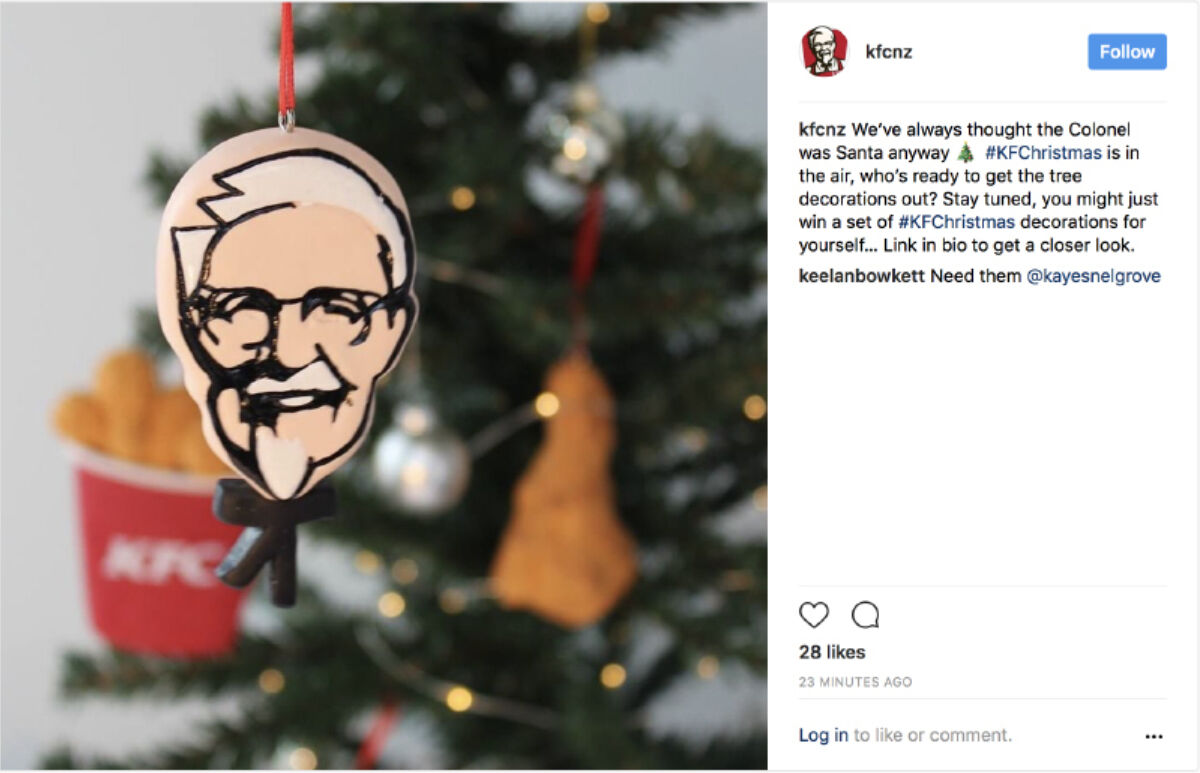 KFC’s becoming a cult classic at Christmas around the world. In Japan, an estimated 3.6 million families go to KFC for a bucket of ‘Christmas Chicken’ on Christmas Day. Wilson says Christmas is one of the busiest times for KFC in New Zealand as well, with twenty stores open on Christmas day… just in case you forgot to turn the turkey on.

The limited edition KFC Christmas decorations will be released in early December, just in time for the silly season. Fans wanting to get their hands on a set should keep an eye on KFC Facebook page where a giveaway will be announced in the near future.