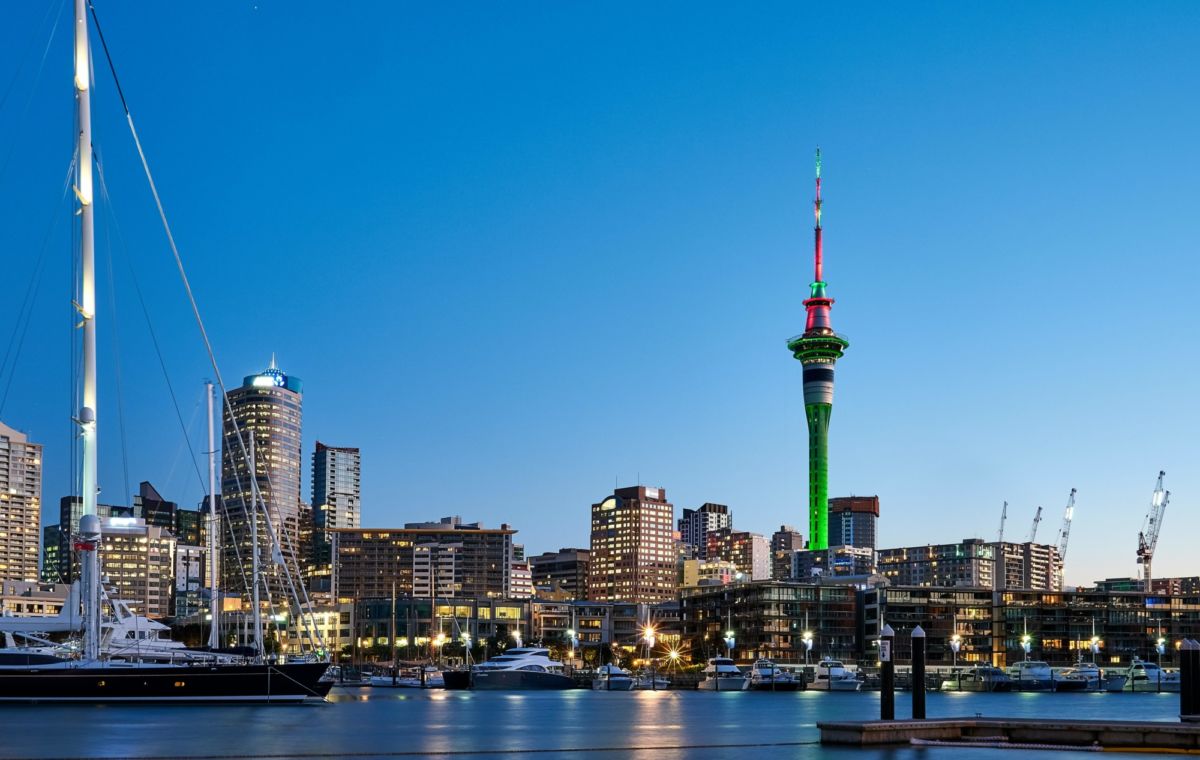 Entrust has confirmed that its 2020 dividend will inject over $95 million into the Auckland economy following Vector’s full-year result announcement on 27 August.

Entrust Chairman William Cairns says this year 340,500 eligible households and businesses will each receive $280 this week.

“Like all Vector shareholders, the dividend Entrust receives is determined by Vector and may fluctuate both up and down. While this year’s Vector dividend has remained the same as last year, the reduction in the Entrust dividend is primarily due to Vector’s change in dividend policy.

“In previous years Vector’s tax payments minimised the amount of tax Entrust had to pay before distributing its own dividend. This change means Entrust has to pay significantly more tax on the dividend it receives from Vector. This additional tax has reduced the amount available to pay to Entrust beneficiaries, resulting in this year’s dividend being lower than previous years.

“The majority of people have chosen to receive their dividend via direct credit to their bank account, and this has been paid today. Cheques have also been posted today, and people are advised to watch for it in the mail and allow a few days for New Zealand Post to complete delivery. People receiving the dividend as a credit on their power account will see it on the next available power bill.”

As the 75.1% shareholder of Vector, Entrust receives this share of the dividends paid by Vector. Entrust owns the shareholding in Vector on behalf of its 340,500 beneficiaries and distributes the dividend it receives from Vector as a dividend to its Entrust beneficiaries.

The Entrust dividend has delivered approximately $2 billion over the last 27 years and is one of largest dividends in New Zealand, injecting an annual payment into the pockets of its Auckland beneficiaries. 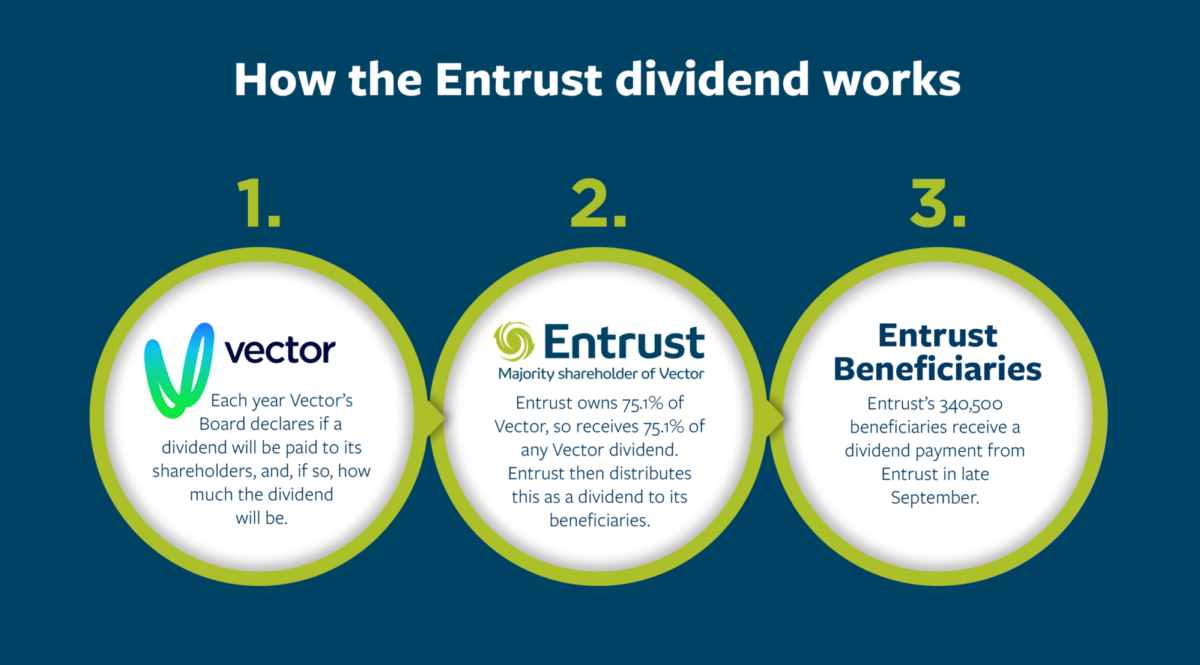 The Entrust dividend amount is calculated based on the dividend it receives from Vector, and how many households and businesses are eligible to share in the dividend each year. This year there are 340,500 beneficiaries in the Entrust district, representing the largest number in the history of the dividend.

“This year’s payment comes at a critical time, following the economic shock of Covid-19 and for many families, every dollar counts in the household budget particularly as other support initiatives are ending, including mortgage holidays and the wage subsidy,” says Mr Cairns.

“Alongside managing the majority ownership of Vector on behalf of beneficiaries, Entrust also focuses on key initiatives with Vector to benefit our beneficiaries in the community. This includes requiring Vector to invest $10.5 million every year on undergrounding and new energy technologies. We currently have a large-scale undergrounding project in Mt Albert around Carrington and New North Roads underway.”

In June, Trustees made a plea to beneficiaries to check their details to ensure they could receive the dividend payment promptly, given the importance of the cash injection this year.

“We know that many families include the dividend in their household budgets, because they can put it towards various expenses; either as a direct credit to their power bill, cash to pay off debt or put towards a weekly grocery shop, while others use it to save for the Christmas and holiday season.

“Trustees would like to thank all the beneficiaries who took the time to update their details promptly over the last few weeks.

“Aside from the importance of making sure we can pay the dividend in the way that people want it, this year we also encouraged beneficiaries to reassess their payment method as many banks begin to phase out cheques,” says Cairns.