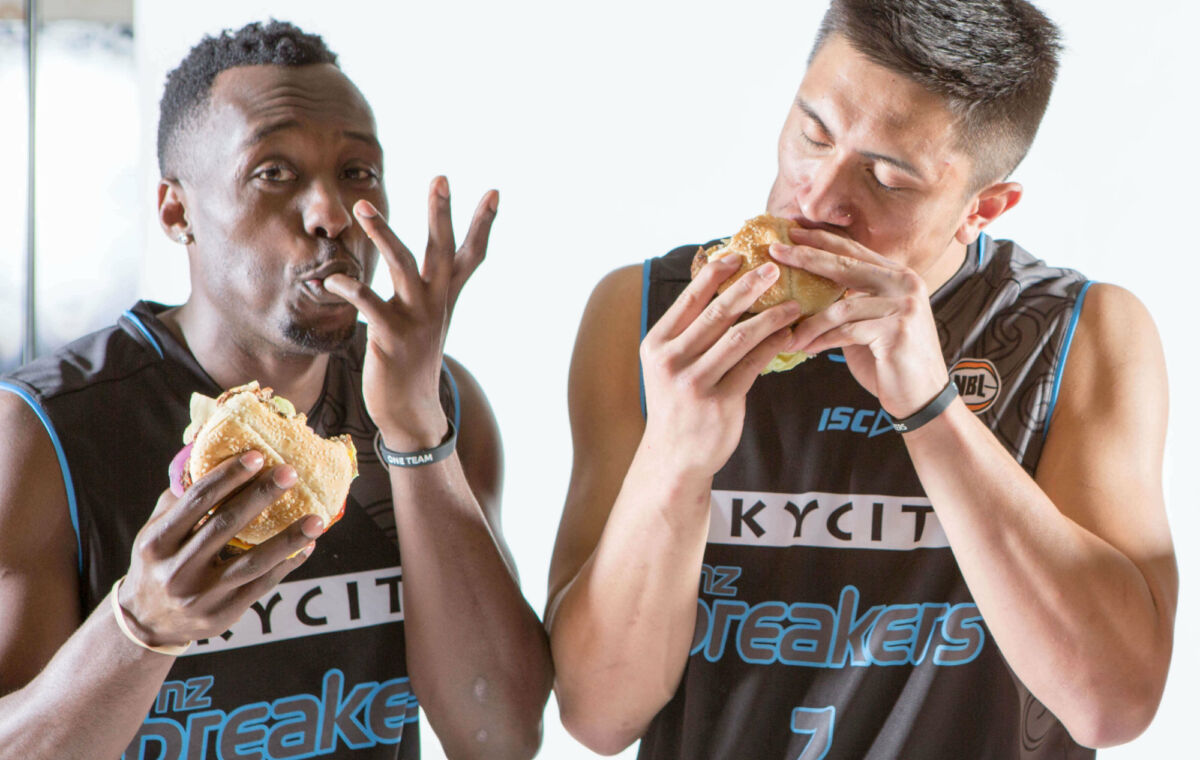 Operated by NZX-listed Restaurant Brands, the rapidly growing chain is a Major Associate Sponsor of the SKYCITY Breakers for the 2015-16 basketball season, as part of an ongoing three-year sponsorship agreement.

CEO Russel Creedy says aligning Carl’s Jr. with the talent and fanbase of the NZ Breakers will build further awareness of the brand nationwide and support our growth strategy.

“As the Official Burger Partner for the SKYCITY Breakers, our focus is on delivering amazing experiences courtside, in-store and to our 420 000+ combined fans on social media, and developing deeper relationships with these fans.”

NZ Breakers CEO Richard Clarke says the team is excited to have Carl’s Jr. on board for the season.

“This is a fantastic new partnership for the SKYCITY Breakers”, says Clarke.

“The players really appreciate their fans, and we think it’s great to have a sponsor like Carl’s Jr. who will not only be supporting the team, but the fans that are with them every step of the way.”

While sponsorship and promotional activity is still under wraps, Carl’s Jr. has confirmed that each home game will have a dedicated Carl’s Jr. Zone, where 50 lucky fans can win seats.

Carl’s Jr. is the newest brand in Restaurant Brands’ stable. The fast food operator increased first quarter sales by 15 per cent, with Carl’s Jr. more than doubling sales to $8 million after it added 10 more stores to the chain in the past year, lifting the total to 18.